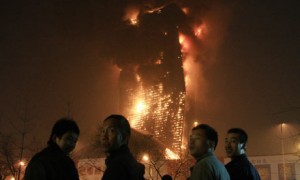 It goes without saying that unfiltered, real-time, citizen-generated news reports often serve as the first write of history.

In New York Magazine‘s wary look at Twitter this week, the reporter happened to be sitting in Twitter’s offices as US Air 1549 dropped into the Hudson River:

“And then I noticed something on Twitter Search. The first person was â€œmanolantern,â€ who, at 12:33 local time, posted, â€œI just watched a plane crash into the hudson rive (sic) in manhattan.â€ After that, the updates were unceasing. Some fifteen minutes before the New York Times had a story on its website (and some fifteen hours before it had one in print), Twitter users who witnessed the crash of US Airways Flight 1549 were giving me updates in real time.”

In fact, company co-founder Biz Stone had a twitter-inspired twinkle in his eye when describing to the reporter the role his micro-blogging platform played in bringing first-person accounts of the Mumbai massacre into the public domain:

But the real value of Twitter, and for that matter, SMS, and Internet-enabled cell phones with photo and video shines when governments restrict the flow of information through mainstream media channels. The New York Times today reports on the Chinese news blackout surrounding the spectacular fire that destroyed the building housing the government-owned broadcast network, Central China Television (CCTV) and a future Mandarin Oriental Hotel:

“There were no pictures on the front page of The Beijing News. The home page of Xinhua, the official news agency, featured a photo from another tragedy: a stampede in South Korea that left four people dead. Throughout the morning, CCTVâ€™s brief bulletins about the blaze omitted footage of the burning tower.

Even before the flames had been extinguished early Tuesday, images of the burning hotel had been removed from the countryâ€™s main Internet portals. By afternoon, the entire story had been buried.”

â€œNo photos, no video clips, no in-depth reports,â€ read the memo, which instructed all media outlets to use only Xinhuaâ€™s dispatches. â€œThe news should be put on news areas only and the comments posting areas should be closed.â€

They emerged as the primary (and only) source of images and details of the fire:

“…it was ordinary citizens, armed with cell phone cameras and camcorders, who provided the first images and accounts shortly after the fire began. Photographs were traded through texting and e-mail. One home video widely circulated on the Web showed how the fire began after the shell of a firework landed on the hotel roof.”

HuffPost’s prime-time anointment affirms the blog’s mainstream media membership, albeit with a distinct POV, but also speaks volumes of the prospective value home-grown media will have in tomorrow’s media ecosystem. Witness the fires in Australia. Are you prepared, China?