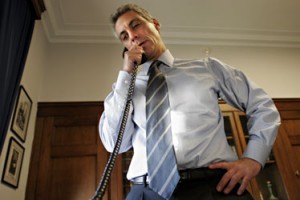 It’s hard to single out one person responsible for yesterday’s Democratic “tsunami.” After all, conventional wisdom says that voters cast their ballots more in retaliation for this administration’s misdeeds, and less in support of some cogently articulated Democratic platform. (Was there one?)

Much of the Dems’ success, in my opinion, had less to do with the public embrace of some enticing new political direction and more about the party’s new-found ability to fight fire with fire, i.e., against the Republican communications machine — a sophisticated and nimble operation that made “command and control” of the national media agenda seem so effortless.

This time around, however, it appears that the Dems actually executed on a pre-conceived strategy that involved social media, rapid response, and the effective deployment of surrogates (some almost regretfully). I’m not sure who deserves the full credit.

I imagine the McCurrys, Carvilles and their ilk of the world played stealth roles in this election. But a quick scan of the political folder in my RSS reader points to Rahm Emanuel and Chuck Schumer as the primary architects.

I watched Howard Dean go mano a mano with Chris Matthews, and frankly, the head of the Democratic National Committee didn’t seem to have his mojo with him. (I did however like his phrase “culture of corruption.”) Nonetheless, it’s Chuck and Rahm who merit a round of applause this rainy Wednesday morning after in NYC.