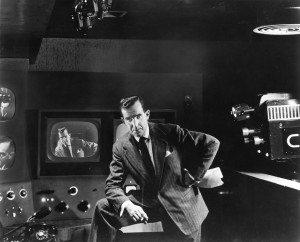 As the Edelman blogger/Wal-Mart PR debate and dissection continues to rage in the blogosphere and elsewhere — sparked, by the way, by a story in a mainstream news outlet — I was surprised to see one of our industry’s most insightful PR chiefs (and my former boss) appear to be trumpeting the demise of the mainstream media and the rise of PR in the age of blogs. I hope I didn’t hear correctly.

Blogging and blog relations may pose a boon to the communications goals (and fortunes) of PR people and their clients, but a world without the balance provided by the fourth estate would spell disaster. Sure, wouldn’t it be great to deliver a client’s pure message to its constituents without the filter of a trained reporter from The AP or “The NewsHour with Jim Lehrer?” Sounds like Karl Rove, doesn’t it? It is.

Transparency in news gathering and reporting is an ideal worthy to aspire to. Courting amateur citizen journalists to bypass mainstream journalistic scrutiny, which (still) serves the public interest, is entirely something else. Is it shrewd to cultivate like-minded citizen journalists to advocate on your client’s behalf? Sure. But I would hope that my clients could also endure the probing questions of a trained investigative reporter. And they would be sufficiently open-minded to post on their weblogs, for syndication, the contextual nuances and factual details that often get lost or edited from a mainstream news story.

We’re still learning about the distinctive and synergistic roles bloggers and mainstream journalists play in the news gathering and reporting process. I only hope (and pray) that the Pulitzer’s and duPont-Columbia Awards will continue to have a raison d’etre, especially in a climate when this vital segment of the media is under attack from those much more nefarious than the PR profession.