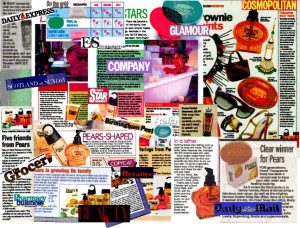 In this new communications paradigm, what PR skills and client deliverables remain unscathed?

Converseon’s chief strategist Mike Moran retweeted a link to a post this morning by Paul Gillin with the bodacious title Why Online Matters More Than Print.

In it, Mr. Gillin extols the superior buzzmaking virtues of online media versus print (and broadcast), which builds on the theme of his other more provocative blog “Newspaper Death Watch.” (No relation to TheMediaIsDying).

“Prior to the reference in BuzzMachine, the site was getting about 500 unique visitors per day. After Jeff Jarvis linked to one of my year-end roundup articles, that average jumped by about 200 visitors a day. It jumped again after the mention in the Economist… However, a prominent reference in the New Yorker…had no discernible impact. Why? Because The New Yorker reference was the only one that didnâ€™t include a hyperlink. …In both the BuzzMachine and Economist cases, a surge of inbound links from other bloggers followed the mentions on their websites. This improved my Google search performance and Technorati authority rankings. Subscriptions to my RSS feed shot up by about 5% in each of the days following the linksâ€™ appearance.”

Now we can debate the qualitative differences of each mention, let alone the intangible prestige of The New Yorker, but Mr. Gillin weighed the publicity’s value on quantifiable metrics, e.g., site visitors, Technorati rankings, etc.. This brings me back to the original point of this post.

The PR paradigm is still about garnering editorial buzz, and frankly the skills required to do so remain somewhat intact, i.e., cogent, concise and compelling communiques to the most appropriate journalists or “friends.” What has changed — for the better in my opinion — is that our success may finally be measured by the action the publicity spurs, not by the coverage itself.

Advertisers don’t measure their success by the publication or airing of their creative executions, which are simply the means to the end. The PR industry, with its fancy clip books as the client deliverable, traditionally has. Perhaps no longer. Mr. Gillin concludes:

“Not long ago, online publishers were frequently called upon to defend the value of a mention on their properties. Public relations professionals told me that Web coverage was nice, but their clients really valued a mention in a prominent print publication. I would submit that this scenario has now been reversed. With companies increasingly using the Web for promotion, lead generation, sales and customer support, a link from a prominent website is of far greater value than a print article in a prominent print or broadcast outlet. And as a younger generation of business and consumer readers gathers more of its information online, that value will only accelerate.”