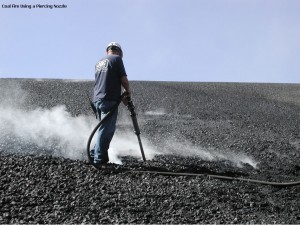 Talk about doing a 180. When the news first broke that fabled buyout king Henry Kravis would embark on his(tory’s) biggest deal ever, the first write didn’t exactly position the target in the most favorable light.

Following the superlatives from NYTimes deal reporter Andrew Ross Sorkin, there, in the second paragraph, was the rub:

“The amount of private money that is being offered is a huge financial endorsement of the companyâ€™s controversial energy strategy. TXU has riled environmental advocates by proposing to build 11 coal-fired power plants in Texas. Despite calls for regulating greenhouse gases, TXU has been the most aggressive in the power industry in pushing coal as the answer to growing electricity demands.”

“Controversial…aggressive…coal-fired…Texas.” These are incendiary terms (excuse the pun.) But what would you expect from Mr Kravis? He’s a tried-and-true A-list donor to the GOP (where G definitely doesn’t stand for green). From the Washington Post:

“In key states, McCain has enlisted the likes of New York financier Henry Kravis, one of the GOP’s largest donors over the past two decades, and Texas energy executive Robert A. Mosbacher, the architect of the Republicans’ “Team 100″ fundraising machine that helped make soft money a staple of politics by raising $20 million in large donations to help Bush’s father win the presidency in 1988.”

Now here’s where it gets sticky. Mr. Kravis and his partner in the deal, The Texas Pacific Group, were being advised by Goldman Sachs — a place where the G does stand for green — at least compared to other financial services companies. A correction was in order. Mr. Kravis‘ PR team appeared to go into overdrive to soften the first story’s negativity.

“Under a proposed $45 billion buyout by a team of private equity firms, the TXU Corporation, a Texas utility that has long been the bane of environmental groups, will abandon plans to build 8 of 11 coal plants and commit to a broad menu of environmental measures, according to people involved in the negotiations.”

Could it be true? Matthew Wald raises some valid questions about the truthiness of TXU’s environmental commitments moving forward. Nonetheless, the PR efforts did appear to produce the desired editorial results, including a most positive profile of Mr. Kravis:

“In contrast to the giddy exuberance of this eraâ€™s newly minted billionaires, however, Mr. Kravis, who is 63, is making his resurgence not only as a cornerstone of New Yorkâ€™s social and financial landscape, but also as a seasoned executive whose survival of a series of tough business setbacks and personal tragedies during the 1990s has given him a more measured perspective.”

Additionally, Mr. Sorkin weighed in with a second piece that detailed the evolution of the positive environmental aspects of the deal titled “A Buyout Deal That Has Many Shades of Green.”

“Two years ago, he booked the Rolling Stones to play at his 60th birthday party in Las Vegas, handing out black ‘Bonderman Rocks Vegas’ T-shirts to hundreds of invitees. In the 2004 presidential campaign, he backed John Kerry, saying President Bush was ‘the worst president since Millard Fillmore — and that’s probably an insult to Millard Fillmore.'”

I reckon we haven’t heard the last of this coal-fired tale.