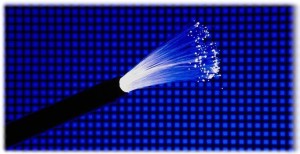 So it’s official. My former colleague, the prolific Twitterer and digital pundit Max Kalehoff, has officially made the switch. Here’s the first public announcement (via Twitter):

Matters little that Cablevision reportedly is winning the war to capture the hearts and minds of the bandwidth deprived. Many, like me, are taking a wait-and-see attitude given the less-than-fond memories of Verizon’s arcane labrynth called customer service. (VZW is admittedly better.)

This blogger has previously written about the brewing bandwidth battle between CVC and VZ. My first post three years ago recounted how fiber-to-the-home was once dismissed even by the digital cognoscenti. Back then, CoAx-to-the-back-of-one’s PC remained a (literal) pipe dream.

Fiber’s now here to stay. Even so, Verizon’s FiOS offering, while making some headway with early adapters like Max, still has to be disappointed by its slow uptake (and the prospect of quickly recouping its extraordinary infrastructure expenditure, reportedly “…$23 billion [to] lay down 80,000 miles of wire to 18 million homes.”

As for me, I pay a little extra for Optimum Boost. My rating on the Speed Test is 29525 kb/sec downloads and 4315 kb/sec upload (during the day). Sure I pay a little extra, but if something goes wrong the Moony-esque Cablevision reps are eager (too eager?) to help. I just wish they’d let me hang up without trying to tag me to take a survey.