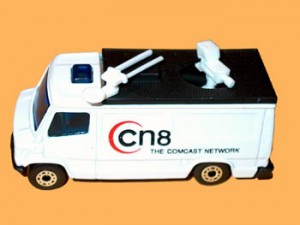 When does an issue reach crisis dimensions requiring public acknowledgement and action? The chocolate makers at Cadbury Schweppes were accused last week of dragging their feet in the face of allegations that their chocolate bars contained some rare strain of salmonella.

“‘We followed regulations at the time of detection, which was below the level for any alert or concern,’ said Cadbury’s spokeswoman Andraea Dawson-Shepherd in an interview.”

So what prompted the company to suddenly assert its position in the court of public opinion (other than the prospect of a total product meltdown)?

Does a crisis only become a crisis when a mainstream news organization splashes the news on its pages and airwaves? Last week, this blog reported on an issue-turned-crisis for AOL when a blogger posted an annoying conversation he had with an AOL customer service rep when trying to discontinue service. Had that conversation not spilled onto the pages of The New York Times and subsequently to other mainstream outlets, would AOL have felt compelled to take action?

What about Comcast? When one of the MSO’s servicemen dozed off on the couch of a cable subscriber during a house call, the subscriber decided to capture the snooze on video then post it on YouTube. Had the video, and word of it, remained in the domain of the fragmented, but growing number of online media consumers, would Comcast had suffered as big a black eye?

As PR counselors, our role often is to advise enterprises when action should be taken, if at all. More often than not, a story will dissipate after the first news cycle. However, the growth of citizen journalism and viral nature of digital content present us with a greater challenge in deciding which situations merit a public statement or action and which would be categorized as knee-jerks. (Some will argue that every wart should be made transparent to the public.)

Did the 300,000 downloads of the Comcast video prompt the public apology and tangible action from the company, or was it the embarrassing mainstream media coverage trumpeting the YouTube video? I wonder.