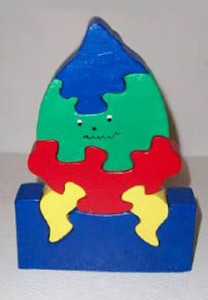 “But if itâ€™s all me, all the time, what about us? If the mass audience shears and fractures and tears apart, what shared information, experiences, and perceptions will we use to create the social and emotional connections that actually create community? And in a narrowcast world, where we customize everything we see, hear and read, what happens to random incident or accident, synchronicity and surprise? If we are always programming what we already know we like, are we, in effect, installing powerful blinders that block our peripheral vision and prevent us from learning things we donâ€™t already know?” – Michael Zielenziger

Hat tip to my old friend Dave Zielenziger, former Bloomberg tech reporter who’s interviewed more Web 1.0 (sorry, Shel) CEOs than most business journalists do in a lifetime, for pointing out a most worthwhile read by one Michael Zielenziger (his brother, I’m sure) in the current issue of California magazine. In it, Mr. M. Zielenziger, an author and visiting scholar in International Studies at UCal Berkeley, points to how our increasingly “narrowcast world” is leading to a disintegration of (newspaper-built) communities, and the dangers therein.

Ironically, the purveyors of the new information “sharing” paradigm often crow about their world’s ability to build “community.” Mr. Zielenziger makes a powerful counter-argument by describing what we as a society stand to lose in the transition. He closes the piece with a take from John Battelle:

“Weâ€™re at a point of transition,” Battelle acknowledges. Itâ€™s clear the traditional model of journalism has reached its limits, and that new forms of “citizen journalism” have yet to prove themselves. “But Iâ€™m confident the problem will work itself out,” he says, pointing to the deepest human cravings for belongingâ€”and community. “We as humans find value in gaining information and analysis about things that are important to us. We want to connect. I simply donâ€™t believe that those core things will ever die.” – John Battelle