As a New Yorker, I have the good fortune of easily attending any number of high profile industry conferences that take place here and attract a whoâ€™s who of those mapping our digital futures. Furthermore, events hosted by established or burgeoning media properties â€” many based in NYC â€” tend to feature more industry luminaries than their event management-only or trade association counterpartsâ€¦with exceptions. 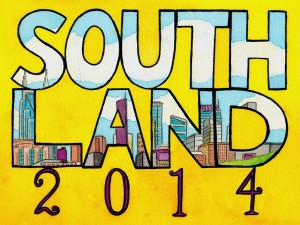 In the tech & media space, media brands like Fortune, AllThingsD, TechCrunch, GigaOm, Mashable, Forbes, TheNextWeb, and others have bolstered their bottom lines (and news holes) by mounting their own branded events. PandoDaily’s Sarah Lacey penned this when announcing her site’s first big conference, Southland 2014, in Nashville(!):

“We all know the tech world needs another three-day conference like it needs another photo-sharing app. And yet Iâ€™ve always known that designing the next great three-day tech conference would inevitably be a big part of our business.”

Here’s tech media industry vet (Wired, Industry Standard) and Federated Media founder John Battelle recently chatting up Bloomberg TV’s intrepid Cory Johnson about the role conferences have played in the evolving tech ecosystem. It was pegged to his distinctive “conference” model OpenCo that lets attendees actually visit companies of their own choosing – some 135 of them.

Several years back, I attempted to persuade The New York Times to leverage its esteemed brand and get into the conference game, but the wisdom of my argument fell on deaf ears. Finally last year, The Times, under the imprimatur of Andrew Ross Sorkin’s DealBook, woke up. This week it held its second DealBook Conference, which gathered many of the biggest movers & shakers in business and finance. Think Dalio, Diller, Fink, Loeb, Griffin, Musk, and Ross. (Links to presentations here.)

One of my perennial faves has been BusinessInsider’s Ignition conference, which also took place this week at the Time-Warner Center. This is the third year I’ve attended, and again, it didn’t disappoint. A company called Eventifier rounded up some of the attendee-supplied images here.

One of the first panels I attended had BI’s Jim Edwards talking B-to-B social marketing with SAP and GE’s social/content/digital leads, with the B-to-C Canyon Ranch along for the ride. Paul Marcum, GE’s Director, Global Digital Marketing & Programming, cited LinkedIn for “its ability to grow our enterprise graph,” while Michael Brenner, SAP’s VP of Marketing and Content Strategy, named Twitter as his company’s “best social channel,” admitting that “it’s a challenge to manage the number of accounts we have.” Surprisingly, he also cited SlideShare as “one of the biggest opportunities for B-to-B marketers.”

Marjorie Martin, chief content officer for luxury spa Canyon Ranch, called TripAdvisor an “extraordinary resource for us,” and stressed the importance of visual images a la Pinterest for driving brand awareness. Edwards astutely asked the panel what hasn’t worked, and GE’s Marcum mentioned FourSquare “I love the platform, but it hasn’t worked for us.” Marcum also has his eye on the integration of YouTube and Google+, which he believes “will change things.”

Levine: The large number of seed investing right now is “a boon for us.”

Hippeau: On the impact of Twitter’s IPO: “Twitter is one of 10 or 12 fundamental platforms.”

Hippeau: “We [Lerer Ventures] invested in 50 companies in each of the last few years. We’re bullish on consumer technology.”

Levine: “Success is not about a unique idea. It’s about killing it. Doing better than competitors.”

Levine: I’m “excited about those companies that pick apart vertical marketplaces (a la CraigsList and Uber). We will see more of this.”

I made it back in time to catch Digiday’s Brian Morrissey talking ad tech, the demise of cookies, and personal data capture in a sesson titled “Mobile Targeting: Life After Cookies” with Criteo’s Greg Coleman, The Weather Company’s Curt Hecht, and Drawbridge’s Kamakshi Sivaramakrishnan. Here are some noteworthy Twitter bites I picked up:

Coleman: “For targeting, desktop to desktop remains a big business…followed by device to device, then in-app.”

Hecht: On why mobile ads suck. “They don’t have to. We offer brands native experience (vs banners)”

Coleman: “Print publishers should be last people to be allowed to tinker with their digital product.”

Morrissey: “Facebook, Google and maybe Twitter seem to be the only ones making money on mobile advertising”

Coleman: “Some of my favorite websites still have some really crappy apps. I won’t name names.”

Morrissey then played agame of word association. Here are the three I remember and the panelists’ replies:

Onto the next morning when BusinessInsider’s founder and editor-in-chief Henry Blodget took the stage to run through “the numbers,” with the help of BI’s “Intelligence” team. Rather than take this space to share the litany of trends shaping our digital futures, here’s a link to the presentation and some notable quotables from Mr. Blodget:

I did manage to catch the social TV session moderated by AllThingsD’s Peter Kafka during which execs from Facebook, Shazam and Nielsen-owned SocialGuide discussed the presumed and increasingly evident “causal” relationship between social media activity and TV ratings. Gee. I thought this particular cause and effect was established long ago. I guess not. There’s always next year’s VMAs, huh Miley?

I was able to grab some video with Shazam CEO Rich Riley following his stage appearance RT: 3:38).

Here are some tweet-worthy sound bites:

Peacock: “Some of the best [media] innovation is coming from pure technology plays. (eg, mint.com)

D’Vorkin on display advertising: “It’s clear that downward pressure on CPMs will continue.”

D’Vorkin: “Over last two years, more than half of our traffic goes to content that is 30 days or older.”

D’Vorkin: “The beauty of our contributor network [1300 strong] enables our 40 on-staff reporters to do more investigative work.”

I caught up with Lew D’Vorkin following his session. He told me he recently visited Ogilvy PR and I heard he plans to keynote the upcoming PR News Media Relations conference. (RT: 4:18)

I then enjoyed watching the tete-a-tete on social marketing between BuddyMedia founder Michael Lazerow, now part of SalesForce, and LinkedIn’s editorial director Dan Roth. (Who knew they were college buddies?) Best line (from Michael): “When we started Buddy, Facebook has 20 million users. We got very lucky.” Later he added: “in digital marketing, identity is everything. the whole world of cookies is falling apart.”

IAB president and CEO Randall Rothenberg, an old friend, took the stage to chat with the global chairman of WPP’s GroupM Irwin Gottlieb who had some noteworthy quotes.

Here are a few I picked up:

Finally, I had a chance to catch the sit-down between Henry Blodget and Lerer Ventures’ Ken Lerer. Interesting that the conversation opened with a discussion of PR and press, and why Lerer doesn’t do mopre intyerviews. (I should feel lucky that he agreed to talk with me on camera at last spring’s GigaOm paidContent conference in NYC.)

Here is some of what he told Henry:

What Ignition conference would be complete without Piper Jaffray’s $AAPL analyst Gene Munster running through his predictions for the world’s most famous consumer brand. A little more contrite this year, given his misguidance on the launch of Apple TV…each of the last three years. Still, he went ahead and predicted Apple TV (finally), an Apple smartwatch, and a larger screen iPhone all for 2014. Will Apple connect the home? We’ll see.

I didn’t stick around to see Elon Musk speak, though I really wanted to given that he’s been the subject of a couple posts of mine this last month. I had some client work to finish up. I did, however, get a hands-on Elon experience. It turns out that Tesla organized some test drives of its celebrated Model S.

I convinced the Tesla Chelsea showroom rep to let me take it through Central Park, closer to my east side office. Way cool. What a car! I dumbly asked whether I could park it on the city streets overnight. She said no. I would need the ability to re-charge the battery.