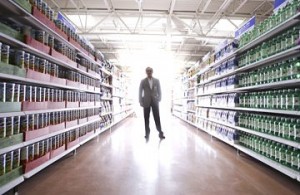 Those writing on the ad/marketing beat give tech scribes a run for their money in terms of the number of misguided story queries that cross their desktops.

It’s one thing to weigh the editorial merit of some cool new tech product, yet quite another to do the same in the promotion-laden world of consumer packaged goods.

Frankly, those toiling in that often undifferentiated ad-driven space would probably be better off foregoing the quest for news coverage and look to the social nets for niche followers. Over-the-edge advertising or digital video also has turned a few ad/marketing reporters’ heads, if not for their traditional news palettes, certainly for their expanding digital channels (or vice-versa).

But back to the original premise of this post: the fortitude needed by some reporters in dealing with PR people who simply don’t get it. Take The New York Times Magazine’s “Consumed” columnist Rob Walker who. a few weeks ago, exposed on his blog the reason why decent media relations pros are have such a tough times nowadays engaging.

“How am I on this PR personâ€™s blast list?” Walker writes. “She seems to know my name â€” but at the same clearly has absolutely no idea who she is writing to.”

He’s referring to his receipt of a spam-like email, which arrived with an (unsolicited) 1000-word by-lined article for his editorial consideration. Huh? A cursory glance at his column would reveal that this pitch was destined to the dust bin, as apparently was its purveyor:

Seems like a waste of money to pay someone to send stuff like this around. And since I always tag such solicitations as junk, it kind of eliminates the publicist my from radar permanently.

You gotta love the fact that one mine his blog for these tortuous tales using the tag “Annals of Publicity.”