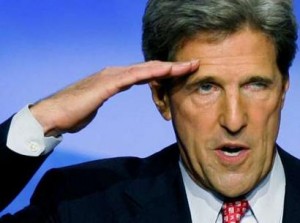 At least she didn’t plant reporters in the audience. (Think Gannon and FEMA.) As I ponder the early salvos of the swift-boating of Hillary Clinton, I implore her PR handlers to take extra caution in the conduct of her campaign.

Over the weekend, my right-of-center buddy Ike gleefully twittered this left-of-center blogger with the “news” of an indiscretion by the Iowan campaign of America’s would-be first female President.

To be honest, it scared me. No, not Ike’s twitter, but rather the carelessness of the candidate’s consiglieres in trying to astroturf her message. Don’t they know that even the slightest, most meaningless misstep can spell doom for their candidate?

The widely reported gaffe was especially alarming given my personal and political conviction that she is the most qualified candidate of the whole bunch. Her handlers, in their quest to manage the message, handed her salivating antagonists, including Sen. Edwards, the talking point they crave: Mrs. Clinton is inauthentic and calculating.

This is not the first time this blogger has raised a red flag about her campaign’s public obsession with control and how its prominence is certain to have a deleterious effect on the electorate.

My advice to the campaign PR staff: let Hillary be Hillary. Sure, you can keep your control, but do not let it interfere with her authenticity. Trust me. It’s possible. I met her briefly and she was exceedingly warm and engaging. Help her surface that aspect of her being.

The voting public, and the media it consumes, bristle at the notion of being spun. If the misstep in Iowa isn’t an early wake-up call, then just ponder how swiftly John Kerry’s canned antics sunk his boat.