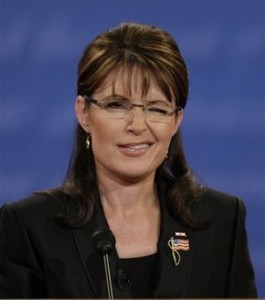 Nearly five years ago, the head of one of the world’s largest PR firms turned the communications world on its ear by (presciently) declaring that we’ve entered an age when companies have the capacity to “bypass the media” filter to deliver their messages directly to their constituents.

Journalists decried this seemingly pretentious idea as heresy — an idea they believed would take “spin” to new and dangerous levels. After all, the news establishment has long served as the vital check and balance in our democratic society.

The agency chief elaborated on this meme in a post titled Slippery Slope:

“While the technology exists to go direct to the end user of information does not mean it is smart to make it the exclusive means of news dissemination.”

Truth be told, if the influence and impact of real journalism were compromised or usurped by myriad partisan voices, wouldn’t the public ultimately pay a hefty price? And wouldn’t we witness a proliferation of tainted “news” and commentary with divisiveness and acrimony as its bi-product?

As someone who has built a reasonable reputation working that very media filter, I still embraced the new tools and channels that would allow my clients to create and share their content directly and controllably with their varied publics. I did so with the confidence that they would not purposefully distort or mislead. And if they did, the newly empowered citizen media would certainly punish them. Right?

Yet today, I’m torn. Can we really count on private enterprise to be straight when advancing their agendas in inscrutable channels? And can the purported “self-correcting” ability of the blogosphere be relied on to ferret out and quash less-than-honest communiques, especially in a real-time atomized mediasphere?

There are countless examples of companies who’ve been outed for being disingenuous. But nowhere is this pernicious practice more prevalent than in politics. And nowhere are the public consequences greater.

Writing in Slate, John Dickerson yesterday analyzed the comments, and the act of sanitizing them, on one Presidential aspirant’s Facebook page. His piece titled “NOT Sarah Palin’s Friends: The Facebook posts Palin doesn’t want you to see,” revealed — not surprisingly — the pains Ms. Palin’s people went through to expunge all negative comments, leaving just the fawning remarks of this crafty (i.e., dishonest) politician’s fans:

“It should not surprise you that the comments to posts she makes on her page are screened. For any high-profile politician, online comments are like town hall forums: Both appear to be spontaneous but are actually highly choreographed.”

Dickerson goes on to elaborate on the dangers inherent in a world where anyone can propagate anything without serious challenge to its veracity. It also starkly contrasts with the efforts by the current administration to make government more open:

“Palin’s Facebook page is a key tool in her public brand management. She has used it effectively to project her message, appear connected with voters, and bypass the traditional media (while simultaneously using it to rebroadcast her message).”

Wouldn’t you think that someone seeking our nation’s highest public office would have even greater standards for honest and forthrightness than, let’s say, a for-profit company? Sadly no.