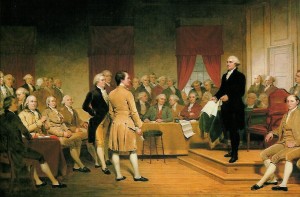 When the Bush appointees to the U.S. Supreme Court prevailed in a recent ruling that equated corporations to citizens when it comes to spending on political campaigns, the whole left side (and many in the middle) of the political spectrum cried foul.

The nation’s Constitutional scholars and political pundits publicly decried Citizens United. Some some even called for a Constitutional Convention to reverse the ruling’s expected chilling effect on the democratic process.

Now this is not a political blog. It is one written primarily for public relations professionals operating across a wide spectrum of industries and interests, politics among them. As such, its author took notice of one reaction to the Citizens United ruling: a legislative initiative that would require all advertising to openly identify who’s really footing the bill. From The Times:

“One provision would require the chief executive of any company or group that is the main backer of a campaign advertisement to personally appear in television and radio spots to acknowledge the sponsorship, the officials said.”

This is an issue of paramount importance to the PR industry and anyone in a position of paid advocacy. It speaks to transparency, but with more than just lip service.

This week the folks at Talking Points Memo decided to do some sleuthing on their own to learn the true identities of those behind a progressive-sounding group called “Stop Too Big To Fail.” They discovered that the organization is actually an astroturfing initiative determined to derail financial reform. 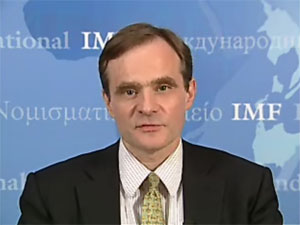 The group was so effective in masking its political DNA that it ensnared the esteemed MIT Sloan professor and 13 Bankers author Simon Johnson to lend his name. Embarrassed, Prof. Johnson has since withdrawn his “endorsement.”

“The group’s leader has a long history running a rent-a-front operation: offering up his services to large corporations who are willing to pay top dollar for a “consumers group” that will engage in stealth advocacy on behalf of industry. The group refuses to divulge its funding sources. The respected economist whose support the group touts now says he was deceived. And Stop Too Big To Fail has links to DCI Group, one of Washington’s best-known astroturf operators.”

Sadly, this is not some isolated incident of duplicity. The practice of creating noble-sounding organizations to opaquely (and deceptively) advocate on behalf of private concerns exists at most of the world’s biggest PR firms. And in my opinion, it is our industry’s Achilles heal, if not fatal flaw. The practice ironically flourishes at a time when our industry trumpets authenticity and transparency as a means to build legitimacy and respect for ourselves and our clients.

This is different from “constituency-building” in which agencies engage like-minded organizations to openly join forces to sway public, regulatory or legislative opinions. It falls in the categories of hiding the sponsor of a piece of syndicated video or the services of Frank Luntz, an expert in devising discourse designed to deceive. I still wonder who’s paying his bills?

More on Stop Too Big To Fail from TPMuckraker (and Rachel Maddow) here.