Back in the day, I had the good fortune to work on the introduction of Brand Asset Valuator, Y&R’s seminal study that turned conventional wisdom on its head about how brands are built. Through thousands of interviews across dozens of countries, Y&R concluded that a brand’s “Esteem” is derived through “Relevance” and “Differentiation,” and amplified with “Familiarity” (Knowledge). The acronym FRED surfaced in the study’s first iteration.

I always felt that the study fell short on its promise for not addressing the distinct roles each marketing discipline – advertising, PR, direct and brand identity – played in the brand-building equation. PR’s ability to generate third-party (editorial) validation, for example, could create differentiation, while advertising’s ability to amplify bolstered familiarity. 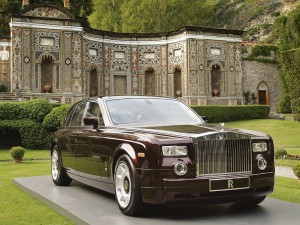 As much as Y&R Inc. touted the “whole egg” approach, which it pioneered and cultivated among its agencies, I rarely saw how this synergistic methodology created something bigger than any of its unilateral parts. We did however advise our clients that news outreach should always pre-date any advertising campaign. We also saw how compelling advertising creative could in and of itself generate news coverage. 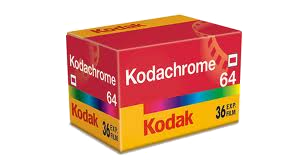 In the last week or so, two thought leaders (and friends) plying roday’s changed marketing paradigm — Shift’s Todd Defren and Altimeter’s Jeremiah Owyang — weighed in with posts that attempt to sort out the relationship between the different kinds of media plays now at a marketer’s disposal, i.e., “earned,” “paid,” “owned,” and “shared.” I’ll let you figure out which corresponds to those of yesteryear. Hint: shared and owned were not yet in the picture.

Their posts take the conversation that Forrester started in December 2009 (and I revisited in 18 months later) to the next logical place. This past summer Jeremiah and his colleague Rebecca Lieb took the lead to develop an Altimeter Group white paper on the earned, paid, and owned media equation. This past weekend, Jeremiah built on that in his post that by focused on “converged workflows” in an environment when the lines between the disparate marketing disciplines have intractably blurred:

“As the industry starts to combine these often disparate channels, weâ€™ll see new forms of workflows emerge that coordinate all these channels.

He defined a “Converged Media Workflow” as:

Giving props to Jeremiah, Todd Defren also looked at the integration of earned, owned and paid, but clearly gives more credence to PR and its grounding in the earned media space. He also bucketed “shared” media, i.e., those RTs, Likes, Pins, and Shares, into the “earned” category:

“…the value of Earned Media is only growing, especially if by â€œearned mediaâ€ you include in your definition the unbiased, 3rd party citations of consumers themselves, a.k.a. Word of Mouth. And why wouldnâ€™t you include â€œSocialâ€ under the â€œEarned Mediaâ€ banner?”

I think in a sense he’s right. First, studies have shown that most of the dominant online conversations we stumble across in our social networks originated from a traditional media sources. Today, IMHO, these extend beyond The New York Times and Reuters to include TechCrunch, Politico, The Daily Beast and countless others.  With regard to “social” falling into the “earned” category, one could say that catalyzing a community to share content is indeed an earned achievement.

Both posts provide graphically rendered sequences to demonstrate how a story meme might unfold across all media channels (and spur action) – the goal for all digital marketers, right? Todd’s example started with an earned mainstream news story, which he called:

“the most valuable component of a clientâ€™s communications strategy.”

He described that it’s no longer enough to let a single news story — in this case in USA Today — find a voice on its own. There are actions that communications professionals can take to amplify and extend the digital footprint of that story that accrues to the client’s benefit.  Jeremiah, on the other hand, looks at varied “convergent workflows:”

“Re-purposing the same content on each channel is not s recipe for success, as each provides a unique opportunity, challenge, and therefore approach. Converged Media utilizes two or more channels of paid, earned, and owned media. It is characterized by a consistent storyline, look, and feel.”

I agree with Jeremiah that there is not a single template for workflow convergence that applies to every campaign, and that content should be relatively consistent from channel to channel:

“Although we expect many workflows to emerge…we frequently heard that analysis of social content was often a precursor to content creation by the brand.”

I also believe that while shared media may be earned, it is actually a desired bi-product of an effective workflow of paid, earned and owned media. More often than not, it starts with a compelling news story, but not always since earned editorial coverage is hardly a given.  A cool advertising execution — posted freely on YouTube — can have the same reverberating effect.  So can a paid TV spot or sponsored story on Twitter or Buzzfeed, which Richard Edelman recently called “Going in the Back Door.”

As someone who has devoted his career to understanding the mechanisms by which a “story” catches fire in an impossibly fragmented media environment, I am buoyed by the fact that this conversation has really ramped up.  I also recognize that traditional organizational structures continue to prevent (still) siloed marketing professionals from playing nicely together in the sandbox.

Hopefully these two posts and the others to which Jeremiah linked on his site will accelerate the organizational changes needed to empower a new breed of digitally smart and versatile marketers.  For PR pros, it’s no longer sufficient to rely on earned media coverage to drive action. A good catalyst, yes, but it’s how you merchandise that coverage that matters today — even if it means paying (God forbid) for amplification in the mediaspheres.