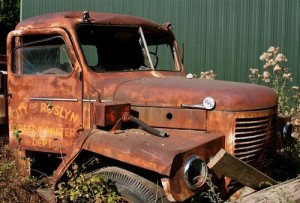 The discovery today of a decomposing human body in Republican vice presidential candidate Sarah Palin’s garage has tongues-a-waggin’ in the small town of Wasilla, Alaska.

The National Enquirer broke the news on its website after one of its reporters tripped over the skeletal remains while rummaging through the governor’s gun and taxidermy collections.

The AP reluctantly ran with the story after the evidence was too odorous to ignore. Almost immediately, McCain strategist Steve Schmidt chastised The AP for its biased and sexist reporting. Yet, in a strange twist of fate, Governor Palin’s legions of rabid fans suddenly grew in size and enthusiasm. “This puts Britney’s shaved head, temper tantrums, and child abuse antics to shame!” one proudly exclaimed.

Republican proselytizers took to the airwaves to frame the matter:

“Sarah Palin is a real American, not some former editor of the Harvard Law Review who’s probably never even shot a gun,” proclaimed Karl Rove on Fox News Channel.

“Even if she killed someone, why should she be punished for it?” said Fred Thompson who compared the Governator to any number of the colorful characters in “Law and Order.”

“This kind of thing happens every day in every community across America,” added Tucker Bounds. “Why single out Sarah Palin? Because she’s a woman? Shame on the media, that effete corps of impudent snobs who characterize themselves as ‘intellectuals.'”

The FBI was called in to investigate, and will release its findings on Wednesday, November 5.