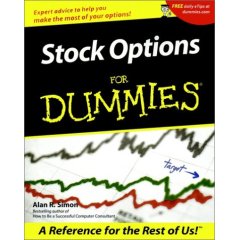 So your client is dismayed by the tenor of a reporter’s portrayal of his company (or him). What course of action do you, the proverbial good client-service person, recommend he follow?

Actually, the correct answer is D) None of the above. Reason: taking issue with a story’s tenor is not a valid reason for A, B or C. (Though nowadays, there is one more option: blog about it.)

The last option aside, if the journalist’s facts are wrong, you’re on terra firma with option B at almost any bona fide news organization. And it’s even more noteworthy when a journalist of the citizen variety agees to issue a correction.

Take, for example, blogger Sramana Mitra. This week, Ms. Mitra echoed a Wall Street Journal story in which Yahoo! CEO Terry Semel’s compensation was inaccurately reported. (Specifically, it was a line about his “2006 bonus of $25.7 million in stock” that apparently raised eyebrows.)

Demonstrating that Yahoo!’s PR folks, and its agency, Outcast PR, are actually listening to the online conversation (and reading The Journal), Ms. Mitra quickly received an e-mail from the PR person with the correct details about the stock option grant. The e-mail ended with:

“Would it be possible to issue a correction as the Wall Street Journal, Reuters and others have done that clarify that Terryâ€™s stock value is not $25.7 million, rather he was given an option to purchase 800,000 Yahoo! shares? Please let me know if this doesn’t make sense.”

To her credit, Ms. Mitra corrected the information, the act of which was reported by the Seeking Alpha blog. Yahoo!’s cause also was helped by The Journal’s online re-write:

Good catch…though I’m curious to know just how many corrective e-mails Outcast PR ended up sending out, and where they drew the line on the long tail of bloggers?