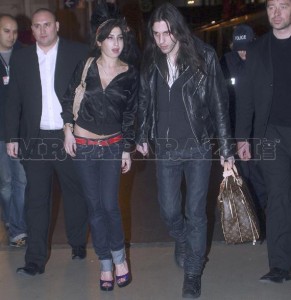 SF-based private equity firm Hellman and Friedman snapped up Getty Images this week to the tune of $2.4 billion. This is after Getty spent years shuttering every independent photo agency in its sights.

The Hellman and Friedman folks are a pretty shrewd bunch. I witnessed this first-hand when they privatized my former agency, then flipped it for a big time profit. But will their investment in Getty prove as fortuitous?

Back in the day, the photo agency business flourished as magazines everywhere introduced or expanded their picture pages to peek into the lives of the glitterati. Names likes of Retna, SIPA, Gamma Liaison, Camera 5, Sigma, LGI, DMI and Black Star competed to sell domestically and/or syndicate internationally their professionally-captured images.

As gatekeepers to the photographers’ prey, PR types often were charged with determining which shooters had legitimate assignments, which had potential “ins” with respectable books, and which were the freeloaders (hint: those first to the shrimp bowl).

Getty Images and its chief rival Corbis went on a buying spree, leaving in their wake few independents with tripods to stand on. For a time the two leaders, and a brash newcomer, Wire Image, struggled just to keep up with the glossies’ (and their readers’) insatiable thirst for celebritydom. (Wire Image ultimately succumbed to Getty’s advances.)

You Tube proved that even the most amateur of amateur video can find an audience. But unlike YouTube for which content is acquired freely, the People, US, and Hello magazines of the world, along with the multitude of celebrity blogs and websites, actually compensated purveyors for their images.

Hence today, a new breed of independent agencies has risen to corral the camera crowd. With names like X17, BuzzFoto, Scoopt (owned by Getty), Mr. Paparazzi and others, all induce amateurs to provide their images and split the fees earned from the myriad online and offline media outlets fueling the market.

From “The Rise of the Citizen Paparazzi” in The Wall Street Journal this week:

“Photo agencies such as Buzz Foto LLC, Scoopt (acquired last year by Getty Images Inc.) and Mr. Paparazzi are among those that increasingly encourage amateurs and young photographers to send in their findings. For Brad Elterman, Buzz Foto’s co-founder, the most successful contributors are people who find themselves in the right place at the right time, such as a guest who is staying in the same Maui hotel as Nicole Richie. “They can break the story before anybody else,” he said. “That is the future, without a doubt.”

So what attracted Hellman Friedman to Getty Images: the quality output from the agency’s stable of professional lensers, or the world’s unabated appetite for celebrity pics, no matter the source? I suspect both.

As for PR people, we’re still responsible for separating the wheat from the chafe. It’s just harder to do nowadays when anyone can reasonably represent him or herself as a bona fide photo-journalist.

“Increasingly, nonprofessionals are positioning themselves alongside press photographers, said Brian Ach, a full-time freelancer for celebrity-photo agency WireImage, which is also owned by Getty. “It becomes difficult when there are marked spots for traditional agencies at an event, and somebody with a little point-and-shoot shows up and says, ‘Well, I’m with so-and-so Web site,” he said. “It happens at every single event.”