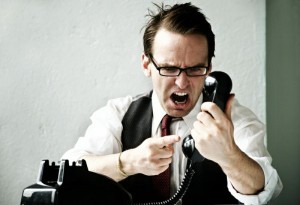 Have you ever wanted to tell-off a reporter for getting it blatantly wrong or worse, ignoring your overtures altogether? As PR pros, we forever had to hold our tongues for fear of alienating the very gatekeepers on whom we relied to tell our clients’ stories.

I used to say that client relationships come and go, but the care and upkeep of editorial relationships are far more vital for long-term success.

Some reporters relished the fact the PR people were suppliant to them, and had no qualms sh***ing on them on occasion. Granted, the inane pitches many received more than justified their overt displays of animosity. If I took to heart all the abuse I’ve endured over the years — from snooty, curt answers to total hang-ups — I’d be in Bellevue Hospital today. It was an accepted part of the media relations equation.

The biggest issue today for PR types trying to engage reporters has less to do with verbal abuse and more to do with just getting to verbal. Back in the day, mainstream journalists received dozens of story pitches. The advent of email ratcheted up the volume even more.

Today, reporters on popular beats like tech and healthcare are apt to receive in excess of 500 email pitches…daily! You can thank the automated PR services for that, or rather, the lazy PR people who don’t take time to vet and boil down the media lists those services spit out. This doesn’t even include story ideas percolating on Twitter and custom-curated or aggregated feeds.

Today PR practitioners have more options for delivering their clients’ messages and news to end audiences. First, not every pitch needs to land in the mailbox of an @nytimes or @wsj domain. There are countless influencers who have blogs and/or have large Twitter followings to make one’s engagement efforts most worthwhile. Also, many mainstream journalists follow these folks and even view them as story validators who may catalyze their own interest.

Secondly, and more significantly, all companies today, as Tom Foremski suggests, are media companies. Developing ad creative is one thing, but today the smart companies are developing and syndicating edit creative that captures eyeballs. It’s not earned, but rather “owned” media. 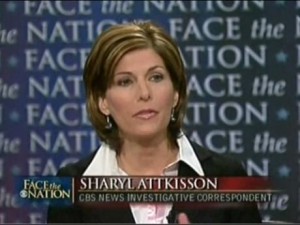 Has the onset of these alternative communications channels emboldened PR pros to throw caution to the wind in their dealings with reporters from established news orgs? Here’s one of the Huffington Post’s typical incendiary headlines atop a story that popped today:

In the piece, Sharyll Attkisson, an investigative reporter from CBS News, claims (and names) two government spokespeople who dissed her:

“Attkisson told Ingraham that, when she broke a damning story about the operation, she got extremely aggressive pushback from the Obama administration. She said that a DOJ spokeswoman named Tracy Schmaler had yelled at her on Monday about the story, but that it was nothing compared to the way a White House spokesman named Eric Schultz had acted. Attkisson said he had ‘literally screamed at me and cussed at me’ about the story, and that the White House also told her that she was the only reporter not being ‘reasonable’ about the issue.”

Of course when you work for the White House where reporters are often suppliant to you, you have more latitude in the level of civility you’re required to show a press person. Still, the piece brought a smile to my face when I think about all those nasty reporter quips hurled my way over several decades on the PR beat. Sharyll, I take no pity.

Now I suppose the bigger question is what was a CBS News reporter doing on Laura Ingraham‘s radio show.