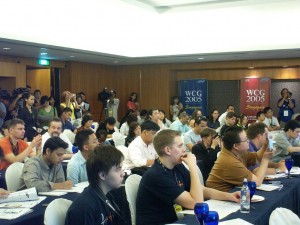 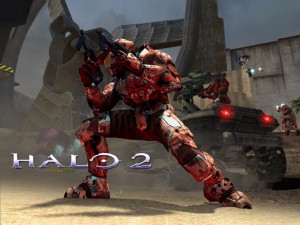 The headline reads: “300 Journalists in Singapore to Report on World Cyber Games.” Hmmm. Since when does the number of working journalists qualify as news? The dedication of the World War II Memorial, for example, had 600 accredited journalists covering the monumental event, but that paled in comparison to the 140,000 octogenarians in attendance. The Olympic Games have thousands of bona fide media, but it’s always a small factoid that rarely overshadows the other news emanating from the international spectacle.

Still, the size of the media contingency does say something about an event’s vitality, which may or may not be a good thing when one considers all the paparazzi that fawn over Paris or Britney. Whatever the case, it’s not surprising that so many journalists descended upon Singapore to cover this thoroughly modern “sport” — especially in Asia where youngsters seems to have video gaming in their DNA.

Over the last few years the industry’s popularity has spawned its own media beat exploding the numbers of journalists following the phenomenon. Even the venerable New York Times dedicates regular coverage to the latest and greatest in this admittedly unhealthful pastime.

Now that we know about the unprecedented media turnout in Singapore, how can stoic images of gamers glued to their video controllers and monitors ever expect to compete?