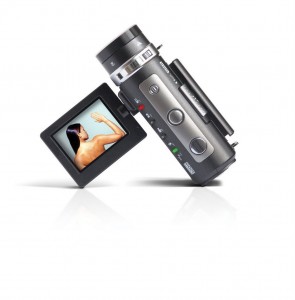 I had a chance to stop by the Business Development Institute’s con-fab in NYC yesterday to get the lowdown on the mainstreaming of web video. Opening keynote Ron Insana, former CNBC “Street Signs” host and now a contributor there (and elsewhere), took the attendees down memory lane with a history of “creative destructive” events, e.g., the advent of the locomotive and the financial chaos that accompanied it.

In talking about Web 2.0, he said “we are now realizing everything we assumed would happen in the 90’s, but without the financial destruction” during which “1000 publicly-traded companies disappear within two years.” He told the story of the “last marginal buyer” — the sidewalk pan-handler outside the NYSE who, at the height of the bubble, asked a trader for an Internet stock tip.

While not as steeped in the digital vernacular as the others, he was insightful and articulate…though he probably could have done without the reference to the hair-piece phase of his CNBC career or his polyester leisure suit and afro back in the day. He went on to moderate a first-rate panel that included:

Some of the notable quotables:

Called the current video environment the “technomedia ecosystem” analogous to a “mixed tape” with a “blend of personal and mainstream video.” Highlight clips after the fact are more monetizable than a live event like “Live Aid.” (See below.)

Compared YouTube to MP3.com. AOL wants to give viewers’ a choice between promotional, consumer-generated, branded, licensed, original… — all of which can be searched and browsed. “The platform has to enable consumers to consume how they want to consume. It’s not about vertical applications.” I see a day when IPVOD — branded channels — will be viable. In the 60-90 days after “Live AID,” 95 or 100 million on-demand streams were downloaded.

“Not all content is equal. The network invests $2 billion a year on content, starting with 50 producers, narrowed down to five that will go into production. CBS’s free digital offer of the NCAA’s “March Madness” didn’t hurt network ratings. “Our job is to make sure content fits in all the scenarios.” The network will create different story lines, which he called “D Story Lines,” expressly for the digital environment.

He called his company the “next gen” network. He sees “hyper-fragmentation” not only by channel, but also by time and place. The challenge (for advertisers) will be to “re-aggregate” the audience from fragmented splinters” into a mass market.

Some of the best video he’s seen has been produced by marketers. About.com has been very successful with text and pictures and he see video as a big opportunity.

“Free is a big driver of video content online.” “There will always be some content you have to pay for.” The way to monetize user-generated content is to connect it with the long tail of advertiser, i.e., the small advertisers. Also, let’s not forget “user-generated advertising.”

More from MSN’s Todd Herman can be found on beet.tv.

I hope some of this is insightful. It was a great panel. Everyone on it concurred that we’re just 12 months into the changed and changing digital video delivery and consumption landscape. Hence, the chaos is palpable.

Finally, I think PR Newswire streamed this event live, but I couldn’t find it on the site.