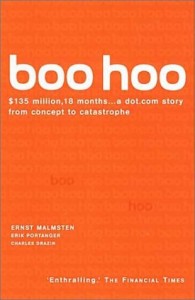 As a dot-com (remember how au courant that term was?) columnist at the New York Post, Ben Silverman endured the constant barrage of PR pitches touting the latest and greatest stories (of which scant few were). Those were heady and headache-producing times for the reporters on the burgeoning tech beat.

Most simply poured through the PR platters and platitudes pushed on them, culling the more tantalizing tech tidbits to digest and report. In fact, the incoming pitches were so fast, furious and fraught with fiction that many scribes developed an aversion to the countless and clueless publicists suppliant to them for ink and airtime. Dot-com PR rivaled Party PR in its destructive affect on the reputation of the industry. It stings to this day.

Trolling online last night, I dugg up a site called NewPR/CrispyNews on which PR-related stories are posted and a social engine determines the story’s ranking. (Is this the successor to the now defunct, link-based PubSub PR list that Constantin administered?)

Anyway, there was a curious piece posted by Mr. Silverman, whom I met a year ago at a blogger dinner in NYC. In it, the scribe who had little patience for pushy PR people back in the day, waxes on his first six months as a PR person for an electronic news release company.

The former mainstream journalist gives some good advice, but I was a little surprised (though not really) to see someone, who so breathlessly chronicled the coming digital age, extolling publicity generation as the key measure of success in the PR 2.0 world. It goes to show: Some things change. Some things will remain the same. I’m just glad to know that the astute Jonah Bloom predicts good tidings ahead.