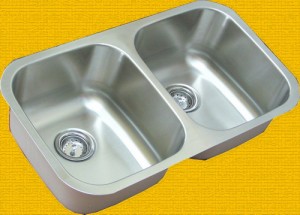 A firm for which I once toiled had a policy that discouraged its professionals from commenting in the media on the public relations quagmires of others.

I think it stemmed from an incident in which one of our Asian colleagues publicly skewered the PR strategy for a very high profile crisis. One problem: it was our firm that handled the crisis. Ouch.

In reality, the primary reason for the institutional gag order stemmed from the notion that as outside observers, we are not privy to all of the facts informing the beleaguered company’s decisions. Hence we would only be second guessing at best.

So let’s talk Hillary. I’m afraid that this may be the last post on the would-be first female President’s misguided efforts to wrestle the Democratic nomination from a certain Senator from Illinois. It was do or die last night, but for some inexplicable reason, the Clinton campaign thought that a full front attack on the likable and confident Sen. Obama was the ticket. It most certainly wasn’t.

Mrs. Clinton’s highly paid consiglieres should have advised her to transcend the in-party in-fighting and instead, aim her arrows squarely at the disastrous seven years America has endured under this corrupt administration, as well as at the presumed pasty-faced Republican candidate promising more of the same. Senator Obama was not, nor should ever have been considered the enemy.

Mrs. Clinton might have ignored Sen. Obama, or better, recognized his immense talent (like he did hers). She blew her chance to woo an electorate desperate to rally behind a candidate with the temerity to rid itself of those who’ve brought America to the brink. There is certainly enough material with which to work, e.g., domestic pocket book issues, Republican corruption, the War, global instability, the environment, America’s sullied reputation. The list is endless.

The most seasoned PR practitioners have one common trait: acutely developed instincts that inform their strategic recommendations. Whomever advised Mrs. Clinton to throw the “kitchen sink” at Barack Obama and not George W. Bush and Dick Cheney should be fired for malpractice, with all fees withheld…but that’s just my arm’s-length opinion.