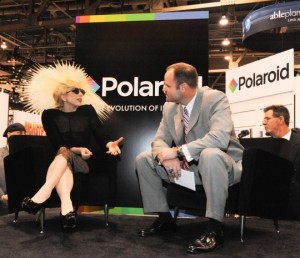 In it Corbett points out the “pitfalls” of quoting “consultants” whose financial ties to a story are murky. He writes:

“This is not a new problem, of course, but it seems to be on the rise. Consulting arrangements and other such deals are more and more common for doctors, academics, former policymakers and other experts. And unfortunately the sources are not usually quick to volunteer that information.”

He’s right. This is not a new problem. Here’s a related post from this blog in 2006. Also, who’ll forget how the Bush admin incentivized all those former generals to advocate for its doomed policies?

The practice of retaining “third-party spokespersons” as issues advocates or simply as promoters of commercial products or services remains a mainstay of the PR industry. Geesh. Who didn’t think that Polaroid had shuttered its doors until the company last week announced the name of its new creative director — Lady Gaga? (Nice hair, Stefani Joanne Angelina Germanotta!)

Making celebrity or expert spokespersons available to journalists is not what’s at stake here. Rather, it’s the opaqueness of these newsmakers’ paid affiliations that taints the editorial process and can mislead the public. 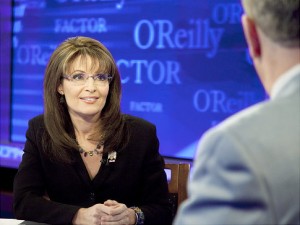 We’re not talking about Sarah Palin joining the “fair & balanced” network. Everyone knows where she and her new employer stand in relation to the so-called “news” content wafting from FNC into America’s living rooms.

This issue really blew up a few years back after some movie star with irritable bowel syndrome began describing her preferred treatment plan live on a network morning show. She was paid by a drug company to do so…without the program’s cognisance. The producers went ballistic, and from then on, every talent booker required the publicist to fess up commercial affiliations in advance of the booking.

Still, deception abounds in our industry. We see Exxon Mobil with its massive advertising campaign touring clean energy when it funds lobbyists and organizations that advocate for an extension of the fossil fuel act. Even less consequential consumer product marketers, and their agencies, devise viral–wannabe videos without proper disclosure. And then I wonder whether bloggers and more recently Twitterers will reveal the names of those who pay-for-their- play.

I commend The New York Times for so publicly (re)articulating its policies regarding using “sponsored” sources in its news hole. More importantly, it is up to the PR industry to press harder so that astroturf not be allowed to take root in the everyday conduct of our profession.