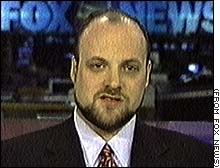 I have mixed feelings about today’s high-profile profile of Hillary Clinton political strategist Howard Wolfson. Sure, the Dems romped, especially in New York State where Mr. Wolfson plies his trade.

It just seemed to me that Mr. Wolfson might have chosen to remain behind-the-scenes to allow his client to take the bow. (Though who can blame him for acquiescing to The Times’ request for a profile?)

This graph also raised my eyebrows:

“In many ways, Mr. Wolfsonâ€™s bare-knuckle brand of politics is reminiscent of the tactics of Karl Rove, President Bushâ€™s chief political adviser â€” and a man whose skills Mr. Wolfson admits to admiring. While other Democrats tend to run campaigns that largely focus on issues, Mr. Wolfson is more than willing to make an opponentâ€™s character the central theme of a race.”

Is this a good thing? Some in our profession may argue that Mr. Rove is a skilled tactician whose no-holds-barred approach is something to admire and aspire to. I don’t. Frankly, I find the swiftboat-like attacks abhorrent (especially when they are leveled against a candidate I support!).

Isn’t there enough issue fodder on which to build a cogent case for voting against (or for) some candidates? This is how the paper characterized Mr. Wolfson’s (successful) effort to defeat Republican Senatorial candidate John Spencer, in a race that was never even close:

“It could have gone after him on his record by pointing out that he had increased taxes and spending in Yonkers. It could have gone after him on his politics by hammering away at the fact that he opposes abortion rights and supports gun rights. But instead, it chose a third way, reflected in just about every one of Mr. Wolfsonâ€™s public comments about Mr. Spencer. Mr. Wolfson sought to cast doubts about Mr. Spencerâ€™s stability by noting, again and again, how Mr. Spencer had once joked about wanting to kill a federal judge and a governor who had crossed him.”

Finally, I was surprised that today’s profile made no mention of the famous founding partner of the firm for which Mr. Wolfson works — Glover Park Group. I’ve met Joe Lockhart and wonder whether he condones the tactics for which Mr. Wolfson is lauded. Perhaps I’m naive to think that a new regime would usher in a kinder, more constructive approach to PR on the campaign trail, but the again, who can argue with success.