Periodically I’ll hear from a former (big agency) colleague advising me to tread lightly on the political tweets and posts. A few even share my politically progressive persuasion, but most warn that overt politicking may not be good for my firm’s sustained health. (Would they rather I sell my soul to Koch Industries or the U.S. Chamber of Commerce?) 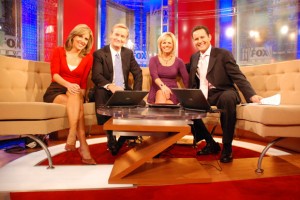 Frankly, as a long-time proponent for quality journalism and the vital role it plays in a democratic society, I find it difficult not to share a sense of outrage when confronted at the gym each morning by wing nut propaganda posing as news delivered by four smiling couch puppets on the Faux News Channel. Should I be reassured that their supreme leader acknowledges that Fox & Friends is not held to the same journalistic standards as the network on which it airs? (And what might those be anyway?)

I could go on about this faux news network’s round-the-clock campaign of dishonesty to unseat the nation’s first African-American President, but this is ostensibly a blog about PR and Friday’s jobs report left me scratching my head on that front. Why were the Dems and their surrogates MIA in the MSM on this made-for-Fox news day? The Times slugged its lead editorial Saturday this way:

Doesn’t David Axelrod and his communications consiglieres have enough fact-based ammunition about the recovery this President has orchestrated after eight years of Rove-Bush economic destruction? Even this particular jobs report could be positioned as a win when compared to the job losses suffered during that last administration’s reign of power. 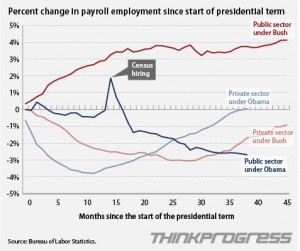 What I find especially disconcerting is the booking bias that permeates the Sunday TV news talk circuit. In April, a study by FAIR determined that these programs were dominated by “white conservative talking heads.” The study began:

“If the Sunday morning TV chat shows seem like a sea of Republican politicians and conservative spinners lately, itâ€™s not your imagination.”

But I wonder: is it bias on the part of the TV producers and guest bookers or are the Dems just lame in securing those interview slots?

It’ll be hard enough to compete against the billion dollars in paid media that will be spent by the John Roberts-created conservative Super PACs.  But Dems can certainly do better in the earned media space with a more assertive effort to book their qualified spokespeople on television (and elsewhere). Debbie Wasserman Schultz and Mr. Obama can only carry the torch so far, while Bill Clinton and Joe Biden just can’t seem to stay on message. As good as he is, is Maryland Governor Martin O’Malley all they got?

“Mitt Romney is mobilizing a fast-growing network of surrogates to help make his case with voters as his campaign begins to exert greater control over the GOP messaging operation. Romney is relying on a diverse cast of politicians, business leaders, athletes and celebrities to court key groups of voters, including social conservatives, Hispanics and suburban women.”

Perhaps more importantly, a further look at the GOP’s PR playbook will not only reveal its surrogates’ ubiquity on the small screen, but their uncanny ability to sing from the same hymnal. 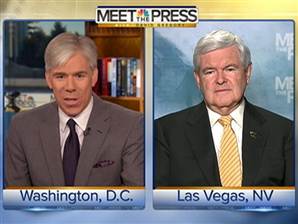 In a post titled “Got Talking Points?” Nicole Belle took an informal look at a recent Sunday’s talking points from seemingly unconnected GOP surrogates — Carly Fiorina, Rudy Giuliani, Newt Gingrich and Ed Gillespie — appearing on different CNN, NBC and CBS news programs. (No need to look at the Faux News Channel since it rarely gives time to non-conservative talking heads, and that includes its show hosts.)

“Fiorina’s comments seem eerily familiar to anyone forced to watch the Sunday shows.

For all their digital connectivivity, the Dems just can’t seem to pull it together when it comes to identifying passionate and persuasive spokespeople who can deliver a unified message on a moment’s notice. What internal communications mechanism is giving the GOP this edge? A secret daily list-serv? Limbaugh?  Yammer?

IMHO – The Democrats’ inability to go toe-to-toe with the GOP on two TV fronts – advertising and now news – does not bode well for their party’s prospects in November.