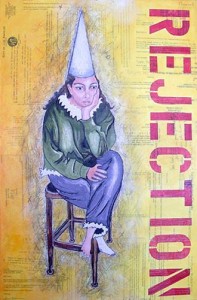 How would you like to have Harvey Weinstein as your client? Rather than blame his agency – the orange-roofed International House of Publicity — for its inability to land Dame Judy Dench on one of two network morning shows and “The View,” he instead charged those programs with age discrimination. There go the firm’s relationships!

Maybe I’m out of the mainstream, but “Mrs. Henderson Presents,” the film to which the newly Oscar-nominated Ms. Dench’s hopeful TV appearances was pegged, didn’t exactly do boffo box office. In its first two months of release, it earned a little over $2 million. Could that have had something to do with these programs’ tepid interest?

Confronted with Mr. Weinstein’s allegations, the three shows had widely divergent responses. The top-rated morning show NBC “Today” declined to comment, “GMA” released this innocuous statement: “Good Morning America welcomes a wide array of guests to the program each and every day. Judi Dench is a screen legend,” and “The View” producer Bill Geddie said: “I was never pitched Dame Judi Dench to appear on ‘The View’ in support of ‘Mrs. Henderson Presents,’ and we would welcome her back to the show anytime we have an opening.”

PR people have learned to accept editorial rejection. It’s part of the job. If I took to heart all the nasty story turn-downs over the years, I’d certainly be in Bellevue today. Ironically, Mr. Weinstein’s public machinations reaped more press attention for his film than a morning show ever could have. Pancakes, anyone?