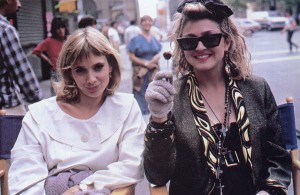 Has anyone noticed any 2010 ‘best of” lists of late? They’re impossible to avoid. The prognosticating pundits are literally coming out of the digital woodworks!

Some are prophetic, others, less so. Here’s a link to a compilation of predictions from a year ago. You decide.

The re-tweeted round-ups that dominate my Twitterstream tend to focus on trends in social media, tech, advertising and news media. Rather than predict what lies ahead — I did offer PR Newser a fresh take from last year’s industry predictions — here are ten questions I’d like answered in 2010:

Another separate, but not unrelated end-of-the-year meme proclaimed that VC money is ready to jump off the sidelines to fuel the next big thing. Personally, I’m enamored with PaperG, the local/hyperlocal-focused ad tech start-up (and client), founded by two former Yale and two former Harvard students, that gives online publishers the tools to tap the long tail of advertisers in their markets.

My #2 son, a junior at Harvard, reports of a start-up within his midst that I find intriguing. (Wasn’t there another Harvard-germinated start-up that made it big, real big?) This one conjures up the 1985 film “Desperately Seeking Susan” in which a New Jersey housewife (Rosanna Arquette) scours the Village Voice classified section to vicariously follow one man’s attempt to find a girl (Madonna) whose path he fleetingly crossed.

The new social site, now in beta, is called ISawYouHarvard and it provides an alluring platform for such perchance meetings to blossom into something more. The site, one student’s CS50 final project, has nearly 3000 posts since its Dec. 5 launch. Here are some additional stats. My son reports that MIT already has one and Yale is tooling with the concept too.

Question 11: Could Craig’s List’s “Missed Connections” be disintermediated in 2010?