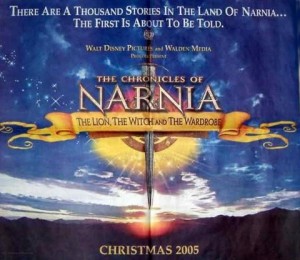 Last month, I posted an item on how the marketing team at Disney turned to faith-based Christian groups to build buzz for its film “The Greatest Game Ever Played.”

Apparently the strategy worked. To market its big-budget holiday film, “The Chronicles of Narnia,” the company is playing the Christian card again, according to a piece in today’s New York Times. In addition to planned screenings at Christian music festivals, the company has begun to seed the “Christian-music-based-soundtrack” on radio stations formatted with Christian rock. Let’s hope the “seeding” doesn’t violate the Seventh Commandment.