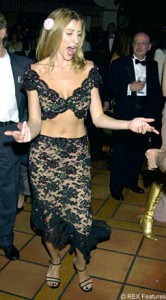 I was with a lawyer friend last night when the subject turned to litigation PR, a most robust and lucrative PR industry practice specialty. We both agreed that lawyers and PR people are frequently at odds over what, when, how and even if, trial information should flow into the public domain.

We also debated the risks/rewards of releasing pre-trial information to influence the outcome of a jury deliberation. Of course, I’m a bullish about plying the court of public opinion in legal cases, if not for the trial at hand, certainly for the appeal.

This is especially true with high media profile, e.g., non-gag-ordered cases like the one in which I had repped the prosecution’s jury consultant for the criminal trial of the century. Unfortunately, that case didn’t exactly go as planned.

So where am I going here? A previous post on this blog covered the very public and very nasty divorce proceedings happening across the pond involving one former Beatle. The post concerned the especially egregious personal allegations leaked to the media by Ms. Heather Mills, aka Mrs. Paul McCarthey.

Now we have news that the same Ms. Mills has agreed to appear in the ABC series “Dancing with the Stars.” Huh? Is this part of her legal strategy? Would she have agreed to dance if she was not entangoed in this very public divorce proceeding?

The more curious question is whether the show’s producers would have extended an invite to Ms. Mills had she not lost one of her dancing shoes? Jerry Springer couldn’t have scripted it better. Hey. He did script it!

Here’s what I think: The first blindside broadside backfired. Now Ms. Mills has been offered a chance to publicly re-humanize, albeit it with a decidedly low brow vehicle. I think I’ll sit this dance out. (I’ll wait til it’s out in book form.)