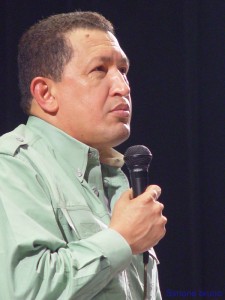 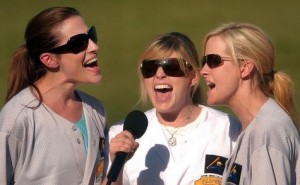 WHEN a potentially image-destroying event occurs in the middle of an image-building campaign, what should a company do? Ignore it? Concentrate on it exclusively? Or address it briefly, then go back to image building?

What intrigued me was her choice of branding consultants, not crisis PR experts, to wax poetic on the timing and tenor of the Citgo paid advertorial, and continuance of its corporate posititioning campaign. I guess when the word branding enters the mix, we PR people are left at the altar in spite of our presumed competency for addressing such communications challenges.

In seeing Claudia’s must-read (for PR pos) piece yesterday, my thoughts strangely turned to the Dixie Chicks. Huh? From Hugo Chavez to the Dixie Chicks? Well, if you remember, the top-selling female musical group also hit a rather large bump in the road…tour.

Getting past the day-to-day death threats and public statements designed to quell the red state, Limbaugh-fueled, anti-American attack on these musical artists, someone insightfully decided to document the un-Democratic debacle. That filmed documentary, “Shut Up & Sing,” just opened to positive reviews. (Did you know Gregory Peck’s daughter Cecilia is co-producer?)

In both cases, the beleaguered encountered an editorial filter that prevented their respective messages from reaching the public. Both resorted to controlled, albeit more costly, communications tactics to reap vindication in the court of public opinion — via a full-page advertorial and a documentary.

Ironically, the advertisements for the Weinstein Company’s film chronicling the Chicks’ plight have been rejected by NBC and others. (Maybe a full-page newspaper advertorial would fly?)