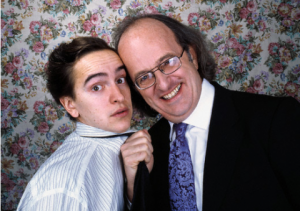 I promise. This is my last report for a while from the field of social media dreams.

Today, I had the pleasure of participating in PR Camp New York. The use of the word “camp” in a social media context probably has its origins from the pod(casting) camps made popular when podcasting had what was then considered Twitter status.

Dan Greenfield came in from Atlanta to preside over the confab at the 92Y in Tribeca. And in spite of a surplus of social media gatherings this particular fall season, today’s event drew a diverse mix of more than 100 PR peeps and marketers from the agency, non-profit and corporate spheres.

I was woven to Zontee Hou, a Gen Y’er who overseas social media for Lion Brand Yarn, which just won a Groundswell and PR News Platinum Award. Yes, for yarn! Our topic:

“Talking about the ‘Y’ Generation: Tapping the Social Media Expertise of Young Professionals to Reach Your Audience”

The room broke out into four groups to exchange perspectives, after which the moderators took to the stage to report. I cited a recent RWW post that talked about Gen Y’s migration to Twitter: average ages on My Space, 27, Twitter, 31, Facebook, 33, and LinkedIn, 39. One of our group’s members said that the average age mattered little compared to the actual time spent in these digital realms. On that measure, Gen Y clearly won out over Gen X and beyond.

I then asked whether simply having a Facebook account really qualifies one for the keys to the social media kingdom. Isn’t it less about age and more about being a new media “maven” that determines one’s aptitude for carrying this hot potato? Someone in the audience then noted the paucity of Gen Y’ers who preside over today’s most popular blogs. Another person said that familiarity with news groups and BBS offer historical perspective that Gen Y’ers don’t have.

So why is it that companies and agencies invariably put Gen Y’ers in charge of their social media programs? I suggested (half heartedly) that it’s because Gen Y’ers are glad to take the $35k annual salaries budgeted for such positions. Seriously, though, it was agreed that the generation born after 1980 is very conversant with the Internet, and exceptionally passionate about making things happen…yesterday.

So what can Gen Y’ers and their older work colleagues learn from each other? In my breakout group, one 20-something described a session she held for her CEO in which she outlined what Facebook “Fan Pages” could potentially mean to her company’s brand. Another person of a more advanced age talked of mounting an internal audit to learn the degree of employee engagement with the social graph. With this data in hand, he then created specific social media guidelines for deployment throughout the enterprise.

In the end, most agreed that Gen Y’ers do appreciate the guidance they receive from their older colleagues, i.e., ROI, brand-building, and guidelines for engagement. One F-H assistant account executive even said that her boss, an account supervisor at the agency, reviews all her client tweets before she tweets them. Now that’s cross-generational teamwork!