In March of 1998, the straight-talking CEO of Sun Microsystems travelled to Washington to testify before Congress on the then-monopolistic ways of one famous tech company out of Redmond, WA. Scott McNealy, with whom I sat the following morning in the green room of NBC “Today,” had this to say:

“The only technology I’d rather own than Windows would be English,” McNealy said. “All of those who use English would have to pay me a couple hundred dollars a year just for the right to speak English. And then I can charge you upgrades when I add new alphabet characters like ‘n’ and ‘t.’ It would be a wonderful business.”

That testimony is reminiscent of the battle brewing in social circles between Twitter and Google, which this week, changed its indexing algorithm to capture the content generated on Google+, to the apparent exclusion of Twitter’s hundreds of millions of tweets per day. Obviously, Twitter was not pleased. Its general counsel tweeted this example:

“Folks asked for examples,â€ he wrote. â€œHereâ€™s what a user searching for â€˜@WWEâ€™ will be shone on the new @Google.”

Google shot back saying it does not index the @ symbol. The Electronic Privacy Infomation Center (EPIC), for its part, wrote the FTC requesting an investigation:

“Google is changing the results displayed by its search engine to include data from its social network, such as photos or blog posts made by Google+ users, as well as the public Internet,” EPIC wrote. “Although data from a user’s Google+ contacts is not displayed publicly, Google’s changes make the personal data of users more accessible. Users can opt out of seeing personalized search results, but cannot opt out of having their information found through Google search.”

It was only last October that Twitter CEO Dick Costolo seemed to shrug off the challenge by Google+ and Facebook:

“We think we can reach every person on the planet, we think the way to do that is to simplify it,” he said. “Over time, Google+ and Facebook will be more and more different than the experience we want to pass onto our users.”

Now that Google has flexed its search muscles in the social spheres, Twitter is crying foul:

We will keep a close eye on developments in this epic battle given the implications it has for any person, product or service hoping to build a bigger social footprint. 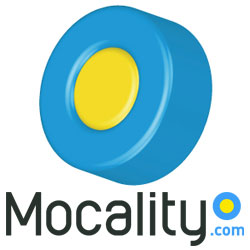 Separately, Google has another PR controversy brewing that may pose an even bigger affront to the search/ad monopoly’s informal motto of “Don’t Be Evil.’  In an effort to establish a beachhead of ad/website business in Kenya (of all places) from small local merchants, Google’s sales teams insidiously tapped the customers of a Kenyan company called Mocality for its business leads.

Mocality set up a sting and soon learned that Google operatives were behind the sales overtures to its customers, and in the process, had misrepresented themselves. Business Insider reported:

“In September Google decided to replicate some of what Mocality had already done. It launched a program called, Getting Kenyan Businesses Online (GKBO). After Google launched GKBO, Mocality started getting what it calls ‘odd calls.'”

Apparently caught with its finger in the Kenyan cooke jar, a Google rep could only say this:

“We’re aware that a company in Kenya has accused us of using some of their publicly available customer data without permission. We are investigating the matter and will have more information as soon as possible.”

In my experience, it takes three well-publicized controversies in a short time span to create a crisis tipping point that could indelibly hurt a company’s reputation. Right now, Google is navigating two (that we know about).

â€œWe were mortified to learn that a team of people working on a Google project improperly used Mocalityâ€™s data and misrepresented our relationship with Mocality to encourage customers to create new websites.

â€œWeâ€™ve already unreservedly apologised to Mocality. Weâ€™re still investigating exactly how this happened, and as soon as we have all the facts, weâ€™ll be taking the appropriate action with the people involved.â€