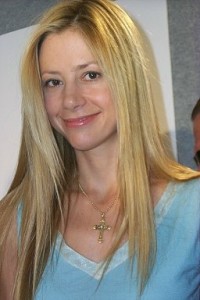 I’m beginning to like Campbell Robertson, but am not so sure he likes us. He’s certainly an improvement over Joyce Wadler, his predecessor helming the “Bold Face Names” column in The New York Times. Ms. Wadler, whom I knew from her kinder, gentler days at The Washington Post, was her snarkiest when it came to reporting on the foibles of celebrity publicists. (Who could blame her?)

Mr. Robertson, on the other hand, has a tad more civility in his tone, which is not to say he has more tolerance for publicists. His item today describes a canned publicity event: the press breakfast for the opening of a new maternity store in Manhattan.

It included one ingredient that made it column-worthy: a celebrity by the name of Mira Sorvino. There was a soap opera star on hand, but it’s doubtful she was any sort of media magnet. Then, of course, the requisite ice sculpture of a pregnant woman, melting in the mild New York winter. And finally, let’s not forget the “hundreds” of icy pregnant women lined up around the block waiting for the store to open. Between Mira and the preggos, TV and photo assignment editors took the bait.

‘”Pregnant women don’t drink coffee,” a bubbly publicist explained. After an hour we were escorted downstairs to a room where Ms. Sorvino â€” we would like the publicist to know â€” had just sent someone to Starbucks for a large mocha latte, not too sweet. She was working on a plate of muffins.’