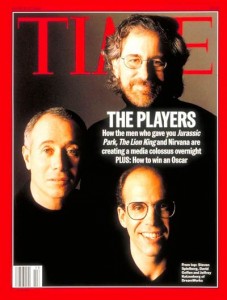 The previous posting extolled the virtues of Apple’s PR team in effectively keeping the lid on any boffo news that may emanate today from Macworld, and in particular, Steve Jobs’s keynote. Quite the opposite has unfolded for another major piece of news hailing from the content side of the left coast. Bloomberg (and shortly, many others) are reporting that Viacom’s Paramount unit will sell Dreamworks’ film library to George Soros.

Nonetheless, plans allegedly call for a formal announcement tomorrow, which of course, will follow the saturation of the media today. Forbes, citing anonymous “media reports,” (The Wall Street Journal), reported this unfolding story as did Reuters, which did credit The Journal’s Saturday edition.

The difference of course between control (Apple) and lack of control (Dreamworks/Viacom) has much to do with the nature of high profile M&A announcements — especially in gossip-happy Hollywood — and the hordes of lawyers, investment bankers, analysts and other functionaries who are privy to the news. Face it, there are some who have few qualms about whispering insider info to their friends in the media. It makes them look connected and perhaps opens the door to call in a chit down the road.

Perhaps a leak investigation is in order here?