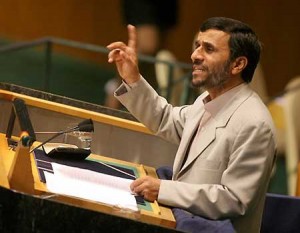 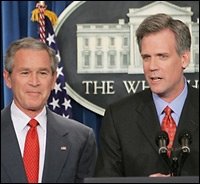 Media trainers have long advised their subjects to avoid white shirts (they glow) or bold stripes (they dance around) on camera. It wasn’t unusual for an executive to arrive at a session proudly armed with the knowledge that “light blue works best on TV. Right?”

Today’s camera technology has pretty much eliminated the standard dress regimen for TV interviews. News arrives, and can be delivered, in many shades. The new challenge, it seems, is to match the color with the substance of the discussion.

The White House’s lead face to the media apparently tailors his wardrobe to suit the expected tenor of the day’s events. According to today’s Online Journal:

“Discussing Syria recently, he wore a serious white shirt and maroon tie. When the president gave an upbeat press conference in the Rose Garden after a surprise visit to Iraq, Mr. Snow wore a cheery pink shirt and light blue tie.”

This new mix ‘n match approach adds a new wrinkle in the pre-interview discussion on what to advise newsmakers to wear on TV.

I just wonder what Iran President Mahmoud Ahmadinejad’s media consiglieres were thinking when they signed off on his disco outfit for addressing the U.N. General Assembly. Here’s how The Times’s Maureen Dowd pointedly captured the moment last week:

“A guy who showed up to address the United Nations without even bothering to wear a tie, so casual in a disco-looking cream suit and open-necked pink shirt he looked like he was going to kick back later in Chelsea.”

As the psycho Mr. Ahmadinejad strives to woo westerners with his casual attire, let’s not forget how dangerously duplicitous this man really is. His actions speak louder than his outfit, evidenced by his hard line crackdown on non-Islamic dress in his own country.

As for Tony Snow, what he chooses to wear is meaningless compared to the true meaning of his daily briefings, assuming the press corps even gets there.