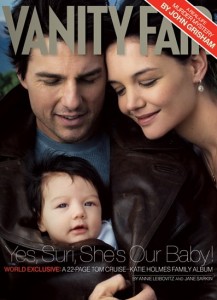 “…the younger generation of newspaper managers, Brauchli among them, are tired of these cosy [sic] arrangements; and tired of being scooped if news leaks out to the web before the embargo is lifted.”

Hmmm. I wonder if Marcus will consider forbidding his reporters from demanding (of PR types) exclusives in exchange for coverage?

After all, isn’t the exclusive a first cousin of the embargo? With the latter, at least, all the anointed reporters are on a level playing field. With the former, there’s clearly a favorite (and ultimately, many disgruntled unfavorites).

Some in our industry could reasonably argue that a more complex or nuanced story requires a decent share of a reporter’s time before the formal announcement. Personally, I believe there are risks and impracticalities inherent in the PR practice of offering embargoes and exclusives. Among them:

We PR types are in a real pickle. Maybe we should simply bypass those outlet(s) that refuse to play by the rules? Or maybe the embargo gambit should only be used when a story’s complexity requires it? Whatever the case, no journalist wants to feel like a pawn in the PR person’s PR strategy. And who can blame them?

In the end, even if the Journal decrees an end to PR embargoes, it won’t matter much. The quality of the story will invariably dictate the rules of the game. The bigger the news, the more latitude newsmakers will have in determining how and with whom it breaks. Will The Journal turn down a chance to be among the few to toy exclusively with the iPhone before launch day? I doubt it, but I could be wrong.

If it’s any comfort, this PR-journalist dynamic isn’t new nor exclusive to the Silicon Valley domain. Think the Beltway, Hollywood, Wall Street, etc. I mean, who held the cards for TomKat’s wedding and Brangelina’s baby pics?

Do we revel in this? No. Most of us would prefer to treat all media on a level playing field. But increasingly, the top tier outlets refuse to play ball if the field isn’t tipped in their favor. There’s the rub.

Marcus, congratulations on the new assignment, and much success building on the legacy of one of the great business journalists of our age.