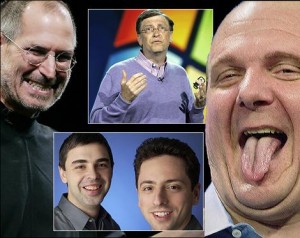 I never liked embargoes. Sure, in a different age when there were but a handful of authoritative media in a given industry sector, the ability to work with each of them on an embargoed basis made sense — or at least was manageable as long as you were upfront about it.

Today, with a myriad media outlets, each pining for the title of first to post, publish or stream, all bets are off. Nowhere is this more true than in the highly competitive tech and gadget sectors.

And nowhere is the frustration over mismanaged PR pitches more evident (and empathizeable) than with the granddaddy of all tech blogs, TechCrunch.

“A year ago embargo breaks were rare, once-a-month things. Today, nearly every embargo is broken, sometimes by a few minutes, sometimes by half a day or more. We canâ€™t continue to operate under these rules.”

So to punish the embargoers who no longer have the capacity (or temerity) to prevent some duty-bound journalist from breaking the false bond of trust the PR person believed he or she had, TC today proclaimed its new policy:

“We’ve never broken an embargo at TechCrunch. Not once. Today that ends. From now our new policy is to break every embargo. Weâ€™ll happily agree to whatever you ask of us, and then weâ€™ll just do whatever we feel like right after that. We may break an embargo by one minute or three days. Weâ€™ll choose at random.”

Now of course, if it’s Apple, Google or Microsoft that seeks Mr. Arrington’s attention, he will make exceptions:

“There will be exceptions. We will honor embargoes from trusted companies and PR firms who give us the news exclusively, so we know there wonâ€™t be any mistakes. There are also a handful – maybe three – people who we trust enough to continue to work with them on general embargoes (if you are a PR person and wondering if youâ€™re on that list, youâ€™re not). But for the vast majority of news we get in our inboxes, weâ€™re just going to fire it off to our readers ad hoc whenever we please. This policy stays in effect until I update this post, which wonâ€™t be any time soon.”

I guess he’ll have his cake and eat it too.

Here are some others who’ve taken a new interest in this familiar PR rant:

And finally, David Berlind, writing on his “Tech Radar” blog for Information Week, has weighed in with a thoughtful overview of the merits and pitfalls of the embargo interplay between journalists and PR types..