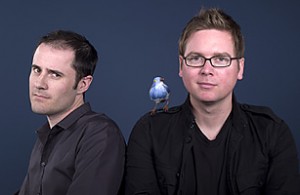 Nearly two years ago, my blogging buddy Ike Pigott called my cell with a brainstorm. Let’s start a service that offers to protect the branded identities of those using the day’s popular blogging platforms, e.g., Blogger, WordPress, Typepad… (Twitter was still a twinkle at the time and Facebook was not nearly as ubiquitous as it is today.)

Ike felt that it was too easy for some enterprising and nefarious types to steal online identities and in doing so, destroy reputations. I agreed, but would brand-keepers, celebrities and other notables pay for such a specialized service, and how significant was the problem anyway?

Last week, St. Louis Cardinals manager Tony LaRussa sued Twitter claiming that someone was ignobly tweeting under his name. He wished to put an end to it and promptly took the legal route. Yours truly tweeted a link to the original AP story on it:

PeterHimler Keep an eye on this: StL Cards manager sues Twitter after his name hijacked. http://bit.ly/11yXp0
9:13 AM Jun 5th from Power Twitter

Before I update you on the latest developments, I had a similar client experience that precipitated probably the last direct customer service response from Twitter’s founders. A well-known CEO client of mine had his Twitter name plundered, and the stuff being tweeted was, let’s say, less than CEO-quality. My contact in corporate communications called to ask for relief.

Not knowing anyone else from Twitter, and suspecting that filling out a form on the terms-of-service page might not elicit a quick response, I decided to dm and email @ev and @biz to apprise them of the problem, but without naming my client.

Both replied (!) with @ev asking me to name the then quite newsworthy CEO. I pinged him back with the name and the fake handle. Ten minutes later, he notified me that the “impersonation” account was suspended. Whoa. Now that’s customer service!

Still, I couldn’t help but think about the ease with which anyone could fraudulently establish a Twitter handle, and the reputational repercussions that could ensue. Twitter must do something, or face myriad similar schemes. At first, the AP reported that Twitter agreed to settle the LaRussa suit out of court. That was quickly denied on the Twitter blog:

“Twitter has not settled, nor do we plan to settle or pay.”

Instead, Twitter (smartly) announced its plans to introduce into beta a system whereby account verification is mandated:

“We do recognize an opportunity to improve Twitter user experience and clear up confusion beyond simply removing impersonation accounts once alerted. We’ll be experimenting with a beta preview of what we’re calling Verified Accounts this summer. Verified Accounts will feature a special seal. 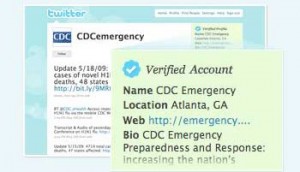 The experiment will begin with public officials, public agencies, famous artists, athletes, and other well known individuals at risk of impersonation. We hope to verify more accounts in the future but due to the resources required, verification will begin only with a small set.”

Boys (@ev, @biz and @jack) — you’re making all the right moves, and nice TIME cover this week too!