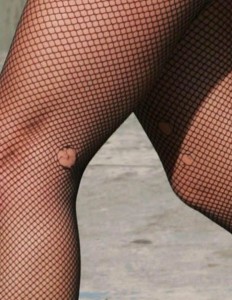 This blog occasionally reports on the media’s obsession with the misdeeds of misanthropic celebrities — though mostly in the context of how those misdeeds relate to the notion that “all publicity is good publicity.”

Last night, Forbes.com posted a piece on a study that tested this axiom by measuring the effect of excessive media exposure — good and bad — on the celeb’s reputation.

“And while overexposure may have less to do with the precise number of headlines than it does the publicâ€™s perception of the celebrity, the 15 stars on our list have proved that familiarity can, and does, breed contempt.”

When asked whether it’s the media (e.g., Conde Nast, Getty Images, Us Weekly, TMZ…) or the celebs themselves that drive the dance, one sensible Hollywood publicist Stan Rosenfield (whom I know from my earliest days in the biz) had this to say:

“‘Blame the celebs,’ says Rosenfield, whose clients include George Clooney and Robert De Niro. ‘Itâ€™s like the jugglerâ€™s lament: The balls go where you throw them,’ to cover you. And if you donâ€™t (show up), they wonâ€™t.'”

Janice Min, who edits one of those glossies whose lifeblood runs with the trials and tribulations of the famous, and infamous, offered this:

“For certain celebrities, it becomes almost a survival instinct,” she said of that need for attention. “And after a period of time out of the press, thereâ€™s sort of a hunger or craving to get back in.”

Rosenfield offered Ms. Spears and her overexposed cohorts this advice for resuscitation:

I would add one thing. “Stay away.”