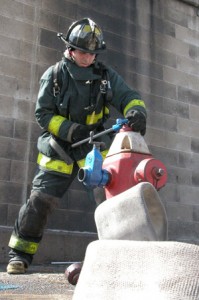 So you’re Brandy’s PR person and your client has been involved, and may even have caused, a fatal car accident . The story is not yet in the public domain, and who knows if it ever will be.

Do your finely honed PR instincts tell you to advise your client to voluntarily divulge the mishap, or do you take a wait-and-see attitude, responding only when and if necessary?

Apparently, the pop singer’s publicists, lawyers and other career consiglieres chose the latter, and it’s now come back to bite Brandy in the butt — a month after the crash.

Now let’s say, your company makes an everyday consumer electronics product typically carried in one’s pocket. Turns out that the product, a cell phone, suddenly and inexplicably, burst into flames. The story breaks wide almost as fast as one can say Dell laptop, but your employer, the manufacturer, has not yet been fingered in the fire. Do you issue a statement or wait until the media reaches out and touches someone?

Here’s the headline from Paul McNamara’s post in today’s Network World recounting his colorful exchange with the company’s PR rep: “Was the Nokia PR guy just doing his job? Jerking me around? Or both?”

Without knowing the circumstances surrounding the incident, nor whether the cell phone even caused the fire (which now appears unlikely), I would say that the PR person was doing his boss (and his company) a disservice by stonewalling.

Sure, maybe the facts weren’t fully available, but pleading complete ignorance two days after the initial incident may end up causing more damage. Minimally, the PR person’s relationship with this reporter is now extinguished.