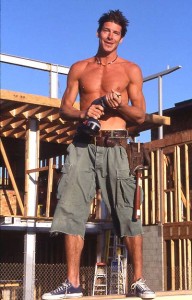 I like Scoble’s new home. No, not Fast Company, but the extreme homepage makeover that the FC’s web design team created for Scobelizer. It’s nicely organized, pleasant to look at, and has many of the cool apps, widgets and communities that Scoble loves to extol through his multitudinous channels:

“More and more of my time has been spent on places like Qik, Twitter, Google Reader, Seesmic, Upcoming, Flickr, YouTube, and commenting on other peopleâ€™s blogs. In this redesign, done by a team at FastCompanyâ€™s offices in New York, weâ€™ve featured many of those in my navigation bar too.”

Yet, it’s really about Scoble the man, the myth, the legend… And what’s wrong with that in an era when personal branding reigns supreme? It’s also about gathering the reins of one’s impossibly disparate digital existence. Even Jason, who knows a thing or two about personal branding (as one of the more prolific Tweeters), took notice:

JasonCalacanis ohhh…. scoble got a (new) design for his blog… fancy! http://tinyurl.com/5l4lch

Of course, Scoble’s buddy Arrington to whose home he’s headed tonight to catch Iron Man, had to go picayune by insinuating a sell-out with the re-design.

TechCrunch scoble’s on his way to my house right now to drive up to iron man with me. wonder if he’s read http://snurl.com/26j90 yet. awkward. 🙂

Yes, folks, there’s an advertising window on the new and improved Scobleizer and it’s filled with an ad for my favorite external hard drive maker – Seagate. I’m cool with that, as long as the edit copy doesn’t start to wax on Seagate’s many virtues.

Scoble seems smitten with the (social life-simplifying) widget FriendFeed, his latest tweeted favorite, next to Minggl, of course. Now if only the digital diviners could just do a better job translating it all for MainStreet consumption, then we’d be getting somewhere. Right, Ty? Now move that bus!