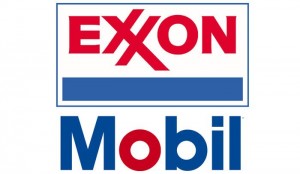 If you haven’t noticed, the world’s biggest oil company has kicked off what appears to be a rather ambitious (and pricey) advertising campaign extolling the virtues of…school teachers.

I say pricey given that one of the TV spots aired during The Masters and another on “60 Minutes,” the priciest network news spot available. One can extrapolate from these buys the overall campaign cost.

The new touchy-feely initiative, a tie-in with the Dallas-based National Math & Science Initiative (on whose board ExxonMobil’s public affairs chief sits), hits the airwaves during a perfect storm for ExxonMobil. Prices at the gas pump are at record highs, while the company’s continues to enjoy robust profits. Is it a coincidence that this new heartwarming campaign is ratcheting up as a lead-in to the company’s quarterly earnings announcement tomorrow?

Most large, publicly-traded companies have corporate social responsibility programs, i.e., CSR as its known to those of us in the biz. The reasons for investing in these programs are manifold, but suffice to say, many companies earnestly want to give back and hopefully by doing so, instill good will with their core constituencies. Doing good increasingly translates to doing well and new positions have sprung up focused solely on this area.

I’ve had the good fortune to work many large, public companies on their CSR efforts over the years — from Reebok’s Human Rights Award and inner-city court-paving initiatives to Home Depot’s environmental efforts. I’ve also been impressed with the hefty investment companies like GE have made in eco education and environmental stewardship, though many still believe they’re a smokescreen for GE’s history of environmental shortcomings. I don’t.

I do however take particular issue with companies that spend millions to glom onto some noble cause for the sole reason of obtaining that reputational glow, i.e., to gloss over their less-than-noble business practices. Philip Morris Companies, for example, for years served as one of the biggest benefactors of the arts. Its philanthropic strategy purposely avoided anything to do with healthcare. 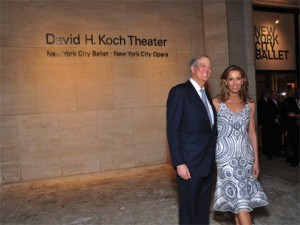 Today, we see the notorious Koch brothers neutering criticism for their stealth, self-serving and anti-public advocacy and support of the Tea Party by making sizable (i.e., building-naming) donations to the premier cultural institutions in the media capital of the world.

But back to ExxonMobil. The company has produced reams of public-facing marketing and PR material to advance themselves as good corporate citizens. God forbid if the GOP, many of whose members benefit from the company’s largess, should point the finger away from our President and toward the company that can effect lower prices at the pump.

Here’s an excerpt from SourceWatch, which describes monies spent by Exxon to deflect public outrage:

After enjoying the largest profits of any company ever in recent years, Exxon Mobil has the resources — and the need — for expanded PR. The new campaign will “educate consumers and media about the inner workings of the oil industry, and the costs of producing, shipping, and refining crude,” reports PR Week. It will include “PR, advertising, and media tours,” as well as opinion pieces and meetings with editorial boards, including with regional and local media. Exxon will also give its “Energy Outlook” talk “at college campuses, high schools, and to academics.”

According to PR Week, “while Exxon works with a number of PR firms, including Weber Shandwick,” the new campaign is “entirely in-house.” After earning a record-breaking $36.1 billion last year, Exxon wants to avoid backlash from consumers angry about high gas prices and weaken support for the Windfall Profits Tax proposals before Congress. While no doubt there are many factors involved in the escalating price of gas, Exxon’s public relations ploy of deflecting any attention away from Big Oil’s role seems to be working.

A recent Gallup Poll suggests that, “Ironically, the intensity with which Americans see oil companies as “gas price villains” may be fading a little, according to opinions respondents volunteered in a new Gallup Poll, conducted May 19-21. Over the past year, the percentage of Americans blaming the oil companies for skyrocketing gas prices fell from 34% to 20%…

At the same time that ExxonMobil accelerates its spending on feel-good advertising and public-speaking events to trumpet its good corporate citizenship, behind the scenes it lobbies vigorously to support or derail any legislation that will have a deleterious affect on its bottom line. OpenSecrets reports it spent $12.7 million in 2011. Even worse, it continues to opaquely fund efforts to debunk global climate change science. Here’s another excerpt from Sourcewatch:

“But Exxon continued to fund a further 28 groups which campaigned against climate science. And the Center for Science in the public Interest stated in June 2008, “Each group continued to receive Exxon funding in 2007 after the companyâ€™s first announcement that it would discontinue the payments. Exxon did not immediately return calls seeking comment on how serious it was in following through on its plans.”

In 2011, the Global Warming Policy Foundation’s website ran the headline “900+ Peer-Reviewed Papers Supporting Skepticism Of ‘Man-Made’ Global Warming (AGW) Alarm,” listing more than 900 papers which, according to the GWPF, refute “concern relating to a negative environmental or socio-economic effect of AGW, usually exaggerated as catastrophic.”

However, a preliminary data analysis by the Carbon Brief revealed that nine of the ten most prolific authors cited have links to organisations funded by ExxonMobil, and the tenth has co-authored several papers with Exxon-funded contributors. The top ten contributors alone were responsible for 186 of the papers (over 20%) cited by the Global Warming Policy Foundation.”

Finally, as ExxonMobil PRomotes the value of school teachers – for whatever reason — it might instead consider another tack that would actually do more good for education in America…while saving it considerable corporate expense: Pull the millions it spends to prop up the politicians who propose to slash education programs in this country.

A cursory look at The Sunlight Foundation‘s Influence Explorer site, reveals which political party receives the vast majority of the company’s lobbying dollars.

Now this would give real meaning to the phrase “doing good and doing well.”