You mean you missed it? Yesterday the world’s biggest social network held a news conference — its third in four months. The reaction from a sampling of tech prognosticators was mixed.

One telling tweet from Buzzfeed’s Samir Mezrahi caught my eye:

The proliferation of pressers is likely the result of some epiphany an inspired PR executive at Facebook had over his or her Winter break: “Let’s milk the captive media audience we enjoy (because we’re THE social network) to promulgate our new products and features.”

I wrote about the first presser from January in which Zuck & Co. bowed Search Graph. This was followed by a March 7 presser to unveil News Feed, which in turn was followed by yesterday’s presser to bow Facebook Home and Chat features. Oh, and let’s not forget Facebook’s January 30 earnings announcement and impending one this month. I even added my two Twitter cents:

That’s five come-to-Jesus media events in Q1 alone, if case you lost count. So what’s the motivation here: consumer adoption or investor placation? After all, Facebook’s Search Graph and News Feed products haven’t even “shipped” to the majority of the network’s users. And Facebook Home and Chat Heads are relegated for now to reside on Google’s Android O/S on HTC. No word on iOS implementation.

Not unlike my previous post in which I observed that Yahoo! was making all kinds of noise in the media spheres to demonstrate relevancy and momentum, so has Facebook. With the latter (and perhaps the former), it’s clear that the investment community is top of mind. 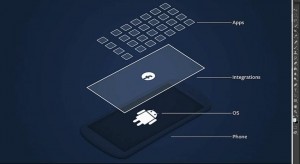 Sure, it’s cool to have a Facebook news feed overlay on my mobile OS and an in-app chat function, that is if I didn’t have an iPhone. But as a public company that once aspired to be seen by investors in the same light as $GOOG, the audience for this spate of public pronouncements is clear. I won’t even address concerns over consumer privacy in all of this orchestrated news.

Finally, it’s important to note that some of the more successful “launches” of consumer-facing technology or platforms weren’t launched at all. Consider the rapid ascent of Pinterest, Reddit, Tumblr, Instagram, Etsy, and even Twitter itself.  None of these used press conferences to build awareness and users. All grew organically, with some offering “invitation-only” membership to feign cache, demand. 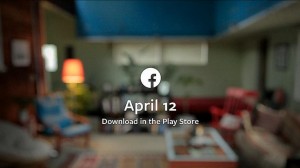 On the horizon, I’m keeping an eye on Vine, RebelMouse, and Snapchat, and others. As for a strategy of mounting relentless pressers, at some point, Zuck may be crying wolf.

Journalists today (and yesterday) don’t want to be force fed news. They like serendipity and surprise. Steve Jobs, for one, understood this via the regularly scheduled Worldwide Developers Conference, MacWorld events and new product announcements spread out over the year, not a single fiscal quarter.