In her eye-opening piece this week, The Guardian’s SF reporter Olivia Solon opens the curtain on the draconian efforts by Google, Facebook and presumably others to muzzle their employees from speaking publicly about their company’s doings.

Aptly titled “‘They’ll squash you like a bug’: how Silicon Valley keeps a lid on leakers,” Ms. Solon opens with one employee’s tale of an expected positive performance review meeting where he was ushered into a room and ambushed by Facebook’s security team armed with incriminating evidence of private correspondences he had had with a journalist he knew.

“It’s horrifying how much they know,” he told the Guardian, on the condition of anonymity. “You go into Facebook and it has this warm, fuzzy feeling of ‘we’re changing the world’ and ‘we care about things’. But you get on their bad side and all of a sudden you are face to face with [Facebook CEO] Mark Zuckerberg’s secret police.”

As with any publicly traded company, the importance of controlling material information is crucial. Virtually all centralize their external communications through their PR and IR departments, working alongside legal and the C-suite. On top of that, nearly all have formal employee policies dictating what’s acceptable and what’s not on social media. The New York Times, whose reportorial staff is not shy about weighing in on Twitter, just made news by updating its guidelines:

“In social media posts, our journalists must not express partisan opinions, promote political views, endorse candidates, make offensive comments or do anything else that undercuts The Times’s journalistic reputation.”

Truth be told, it’s never been easier nor has the temptation been greater to express one’s opinion on social media, especially on Twitter where every journalist I know actively engages and amplifies to his or her abject delight.

I therefore am surprised, if not dumbfounded, how Facebook — a company so fixated on its public image — has again found itself at the center of a public firestorm sparked by an employee tweeting about the most consequential crisis in the company’s history. Who’ll forget how company VP of Ad Products Rob Goldman, reportedly without company authorization, took to Twitter to try to play down the news of Russia’s Trumped-up disinformative social influence “advertising” campaign that filled its users’ feeds during the 2016 Presidential campaign?

It didn’t turn out so well as the inimitable Virginia Heffernan captures in Salon’s Trumpcast podcast on the subject. I weighed in too:

Lesson learned? Well, not really. Over the weekend, Facebook’s security guy Alex Stamos thought it was a good idea to opine on Facebook’s latest dilemma wherein a conservative billionaire-funded company Cambridge Analytica hired a Russian professor in the UK to abscond with the personal data of 50 million (!) Facebook users and weaponize it to denigrate one and elevate the other Presidential candidate.

(Cambridge Analytica took to Twitter in a thread denying such claims, but quality journalism prevailed to refute that.)

I find it incredulous that after the Rob Goldman affair, another Facebook executive could unilaterally address this new crisis in so public a forum without tacit approval from his higher-ups. And I’m not alone:

Whenever I see anyone quote-retweeting Alex Stamos from Facebook, I have the same two thoughts: 1) how is it that Facebook’s corporate PR/security team hasn’t convinced him not to go running his mouth in a way that makes them look evil & out of touch (Google or MSFT would have!), 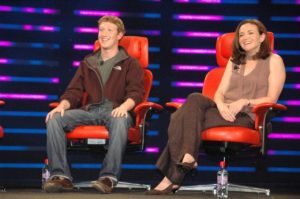 I therefore would wager that Mr. Zuckerberg and Ms. Sandberg had advance knowledge of these initiatives, but purposely dispatched Messrs. Goldman and Stamos – the company’s ad and security leads, respectively – to tweet about them in a well-intentioned, but ill-conceived effort to set the record straight.

And therein lies Facebook’s PR problem. Rather than get out ahead of this reputation-damaging news, the company waited until the news hit and only then tried to correct it.

The lede from Axios:

You can see this short-sighted PR approach again with the company’s decision to suspend Cambridge Analytica from its platform. Good move, right?

Well, apparently Facebook only made that decision while staring down an imminent and shocking investigative report from The New York Times and the Guardian’s Sunday edition The Observer on how its users’ personal data was breached to swing the election.

Seriously? @Facebook only came clean when faced with the imminent publication of a @nytimes/@observer exposé? Makes me think there’s more to learn about the treacherous use of this platform. $FB #Fail https://t.co/FtV9lAIY3w

Scoop: Facebook at first downplayed @nytimes reporting that a firm closely tied to the Trump campaign exploited data from 50 million Facebook users.
Then, right before we published, Facebook admitted this was a big deal and banned the firm.https://t.co/KLzoCJy9VG pic.twitter.com/JsvYWOp6O3

Hopefully, Facebook will learn that short-term PR fixes often come at the expense of longer term and even greater business, reputational, regulatory or even legislative consequences:

Facebook breach: This is a major breach that must be investigated. It’s clear these platforms can’t police themselves. I’ve called for more transparency & accountability for online political ads. They say “trust us.” Mark Zuckerberg needs to testify before Senate Judiciary.

BTW, if you care about truth and justice, please support quality journalism. Donate to The Guardian and/or subscribe to The New York Times.