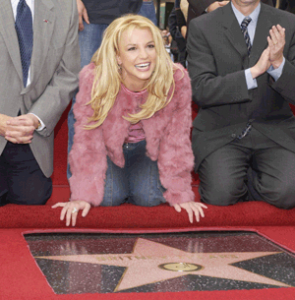 For years, I’ve believed that the higher one’s fame rises, the lower it can (and often does) fall, only to rise even higher. (Think Charlie Sheen, Britney, Kate Moss, Mel Gibson, and soon, Kiefer Sutherland).

I once considered making application to one of journalism’s fellowship programs with a thesis that would attempt to scientifically measure how celebrity, fame, reputation, whatever you want to call it, ebbs and flows, with the goal of determining how human action (e.g., PR intervention) influences the peaks and valleys and length of time between.

Sure enough, a Brit by the name of Borkowski beat me to it:

All the research I have conducted, and the analysis of a select group of willing mathematically minded researchers, has revealed a relatively simple formula that illustrates how fame, left unattended, goes into decline, and why those who wish to remain in the public consciousness must be prepared to pay for it. They just need to pay the right people to come up with something new.

His formula, as captured in a piece in today’s Guardian newspaper, pegged to the forthcoming publication of his new book, Fame Formula: How Hollywood’s Fixers, Fakers & Star Makers Shaped The Publicity Industry, goes like this:

F is the level of fame;

T is time, measured in three-monthly intervals. So T=1 is after three months, T=2 is after six months, etc. Fame is at its peak when T=0. (Putting T=0 into the equation gives an infinite fame peak, not mathematically accurate, perhaps, but the concept of the level of fame being off the radar is apposite.);

B is a base level of fame that we identified and quantified by analysing the average level of fame in the year before peak. For George Clooney, B would be a large number, but for a fabulous nobody, like a new Big Brother contestant, B is zero;

P is the increment of fame above the base level, that establishes the individual firmly at the front of public consciousness.

The study showed pretty conclusively that any specific boost to fame is sustained for approximately 15 months and that each celebrity or brand was surprisingly similar in the way their fame decayed.

I do have this other theory, which says that fame can also be achieved without any PR intervention whatsoever. Consider how some of today’s most revered often shun the media spotlight. Their accomplishments alone define their celebrity.