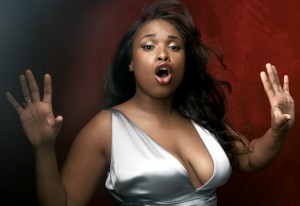 For every major, and many minor media events — from the Super Bowl to the Grammys to the Olympics — corporate marketing chiefs task their PR operatives to “leverage” (how I hate that word) the captive journalists for their company’s product or service.

PR often extends an event sponsor’s costly marketing spend (i.e., on-site signage, hospitality, advertising time) with add-on programs that hopefully produce “earned media” (how I hate that term). Sometimes it’s easy, as is the case of the Super Bowl when you know that the entire ad/marketing beat and others queue up to pounce on the advertising story.

Other times it’s a little dicier, as when Harry Winston or Cartier or Elizabeth Taylor donates millions of dollars of baubles to the Oscars’ red carpet strollers with the hope that ET or Access or Extra will notice. (Just don’t be fooled by Mary Hart’s initial astonishment and eventual commercial plug for some fabulously gaudy piece of jewelry. It’s sponsored saccharine.)

We once represented the Men’s Formal Wear Association, which was looking to gain some attention for…guess what. Our idea was to enlist the association’s hundreds of members to instantly vote on the most resplendent male thespians walking the red carpet on Oscar night. We devised fun categories, some on par with Mr. Blackwell, tallied the results and proceeded to (literally) ride the media’s coattails into newspapers, magazines and on TV in the days following the telecast.

The magazine’s larger than life editor-at-large Andre Leon Talley personally accompanied Ms. Hudson in search for the perfect dress. What he didn’t anticipate was the derision said dress would produce, on a level not seen since Gwyneth’s little number raised eyebrows several years ago. To make matters worse, Ms. Hudson, a newbie for this kind of thing, dissed her Vogue fashion consigliere on “The Today Show.” Here’s the essence of the faux pas:

“I can’t believe she said that on national TV,” says one friend of Talley’s. “She’s so green. That was really ill-advised and probably a costly mistake.” Another interested party says Talley deserves a drubbing: “What was he thinking? Why would he choose something so hideous for her on the biggest night of her life. It’s really odd. Talk about being out of Vogue!”

I guess the publicists at Vogue are in “crisis mode.” Hey look: “what makes a crisis most” varies from industry to industry. Have a good weekend.