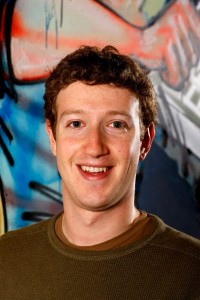 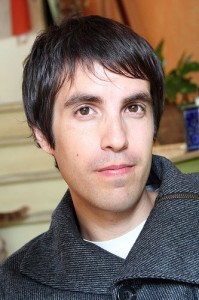 For an enterprise that’s changing the world, or at least the way humans interact in it, hasn’t Facebook suffered an unusual share of missteps and PR gaffes on its road to immortality? Do all start-ups endure this much public pain and suffering?

The latest gaffe, as described by Jenna Wortham on page A1 of today’s New York Times, entailed a scant few hour window in which FB aficionados could see their friends’ personal chats. The company quickly closed that privacy compromising hole, but it left another (indelible?) hole in confidence of its users (i.e., everyone).

To punish the perceived hubris of Facebook and to make a pugnacious point, a couple of big-time digital influencers (shockingly, to many) declared their dis-allegiance to the world’s most popular social network. The original Gdgt guy Peter Rojas (@perterrojas) and biz blogger Paul Kedrosky (@pkedrosky) publicly “deactivated” their Facebook accounts.*

Here are Mr. Rojas’s real-time reasons for pulling the plug:

@peterrojas: Reasons why: 1. Tired of not having real control over what I’m sharing. 2. I prefer Twitter (and gdgt) for conversations. 3. I’m trendy.

@peterrojas: The issue is that users should have real control over what is shared, that’s all. FB keeps taking that away.

@peterrojas My concern is that they’re still growing so rapidly that they can afford to ignore these issues for a good long while.

Ahh. So this is not really a PR ploy on Peter’s part. (Though if it were, it certainly succeeded.) All the usual pundits chimed in, but Jeff Jarvis, no stranger to ferreting out the root causes of corporate PR pain, said it most eloquently:

Facebook’s public policy chief did go on the record, displaying both bravado and a hint of contrition:

â€œFor a service that has grown as dramatically as we have grown, that now assists with more than 400 million people sharing billions of pieces of content with their friends and the institutions they care about, we think our track record for security and safety is unrivaled,â€ said Elliot Schrage, the companyâ€™s vice president for public policy. â€œAre we perfect? Of course not.â€

Elliot, you might want to lose some of the bravado, but I’m encouraged to see you’re taking questions via The NY Times.

* Please note that account deactivation is different than account deletion. Apparently, the former can be reactivated on a moment’s notice. The latter can’t.