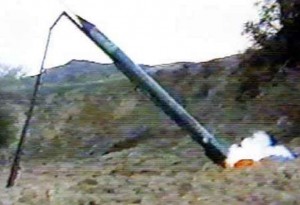 Have you ever been asked to defend your chosen profession’s contributions to society? It’s a no-brainer for physicians, environmentalists, scientists, firemen, technologists, etc.. But what about the lowly PR practitioner? What do we offer that elevates mankind?

Without getting too philosophical here, I suppose our value lies in the work we do to more effectively inform various publics on issues that can affect their lives.

I think of United Way of NYC’s work to educate needy New Yorkers that they qualify for food stamps. Or Greenpeace’s efforts to expose illegal whaling. Or any efforts to communicate to a community-in-need following a natural disaster.

On the other hand, Denise Richards’ appearance on “Larry King Live” to gain an upper-hand in her custody battle with her ex-husband does NOT qualify as benefiting society. Nor does the oil industry’s efforts to defend its outrageous profits on the spurious ground that they are not inconsistent with other industries.

On Sunday, a piece in Israel’s ynet reported that the citizens of the communities bordering Gaza are fed up and taking matters into their own hands. The daily barrage of harrowing rocket attacks has fallen off the media radar. So much so that the community leaders have decided to pool their money to purchase — not arms for retaliation — but public relations for recrimination:

“Every one of the (local western Negev) councils will allocate a certain portion of its budget for PR,” said a statement released at the end of the meeting.

So what will that buy?

“A committee will be formed to approach publicists and public relations experts, who will be hired to illustrate to both the public and the governing powers that difficult situation we are in due to the constant rocket fire.

“The public seems oblivious to what is really going on, a fact which undoubtedly affects the decision makers.”

Some may still believe that a permanent peace can be found once Israel relinquishes its land for a Palestinian state, but I say not so fast.

How quickly did Gaza turn into a terrorist launching pad following Israel’s withdrawal? It doesn’t take rocket science to figure the same radical forces will eventually overtake an initially Israeli-tolerant government. Think Lebanon or the current surge of radical Islam in Kuwait.

The daily attacks in Sderot make a credible case for an even broader PR offensive to paint a plausible picture of can happen in spite of Israel’s good will. Will YouTube videos be enough to demonstrate that Gaza is a warm-up act to what lies ahead in the West Bank should Israel make a hasty retreat? The jury in the court of public opinion is out.