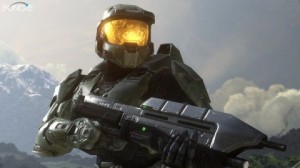 In failure and success, fire the PR person! Well, I’m not so sure that’s how it played out, but a look at the changes in the corp. comm. depart at Nintendo of America would make one wonder.

I mean who’d a thunk (other than this blogger) that Wii would become the must-have-above-all video-gaming sensation, and SONY PS3 would be gasping for a air and grasping for a price break? From The Flack (Nov. 26, 2006):

“Hey, if the ultimate underdog Rocky Balboa can make a comeback this holiday season, you better think twice before putting Nintendo down for the count.”

Even so, Nintendo’s PR department has been wiped clean. Here’s doozy of a quote on Wii’s success from SONY’s Phil Harrison:

Did I hear that Halo 3 raked in $170 million in sales …in its first day? No matter. It’s still a game where teenagers try to kill as many opponents as messily and noisily in as many environments as virtually possible. Only this time with better graphics.