Pretty much anyone tooling in the PR biz is keyed in on the latest chapter in Goldman Sachs’ extended trial in the court of public opinion.

What is it about this particular company that compels the media, regulators, legislators and general public to pounce on it at every turn?  Are Goldman’s standards and culture any different than those in its peer set? Is Lloyd Blankfein less ethical than Jamie Dimon or Jim Gorman? Is the company more deleterious to the future health of the nation than let’s say Koch Industries?  I doubt it.

In fact, anyone who knows anything about the business world — in both the private and public sectors, academia too — will tell you that Goldman Sachs is the gold standard among all financial institutions. It’s the hardest finance job to land coming out of the nation’s most competitive colleges and universities (even with the softness of the last couple of years).

Sure, the digital-social-startup economy offers college grads more options than ever before, but if it’s banking one wants, Goldman is the ticket. (Startups still need financing, right?) And let’s not forget that the financial services sector employs 300K+ in New York City alone.

So one has to wonder why such an incessant media barrage against this one company. Why hasn’t Goldman been able to claw its way out of this reputational rut? Time heels, right? Well, not for this company. Was Goldman too smart for its own good when it emerged relatively unscathed following the financial meltdown?

And how big a factor was the allure of fame in motivating the disgruntled (career-shorted) Brit who penned the caustic op-ed in The New York Times? (Its publication did calibrate so nicely with his resignation letter.)

Still, I’m scratching my head wondering why hasn’t Goldman been able to shake this? Back in late 2009 when navigating another media onslaught, the firm pledged a half billion dollars (!) to help small businesses recover from the shattered economy. It made little or no impact on forestalling the anti-Goldman forces. 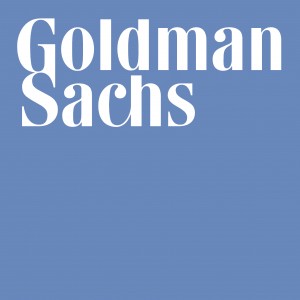 This time around, the firm finally decided to can its long-time PR chief who, while generally well-regarded, may not have been the most media-accommodating corp comms guy around. His Beltway-bred replacement didn’t have time to smell the coffee before The Times bombshell hit. Talk about trial by fire.

Frankly I don’t know how Goldman will break free of this PR-debilitating yolk around its neck. If I were a betting man I’d say that a change at the top may ultimately be necessary – a la Mike D’Antoni or Tony Hayward — in spite of the fact that Messrs. Blankfein and Cohn have done pretty darn well for the firm’s many stakeholders over the years. Taking one for the team tends to be an effective remedy.

When I started penning this post earlier today — before some burp across the Internet erased all of it — I really didn’t wish to re-hash what every media outlet so gleefully echoed. I actually hoped to segue quickly out of Goldman mode and into the tech realm where I’ve observed certain companies wallowing in the same reputational rut as Goldman.

Consider these headlines and leads:

TechCrunch on RIM: “Clueless: RIM Releases The $120 BlackBerry PlayBook Mini Keyboard” Research In Motion announced the PlayBook 17 months ago. Then, eleven months ago, the company actually launched the product. It took them another 10 months to finally bring a native email and messaging app to the product. Now, almost a full year after the product hit stores, RIM is releasing a keyboard folio case for the struggling tablet. Oh, and it costs $120. 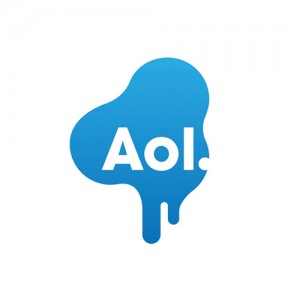 BusinessInsider on AOL: “The Real Reason Everyone Is Suddenly Quitting AOL Again” AOL CTO Alex Gounares is leaving the company. So is the top engineer in the Huffington Post Media Group, Tim Dierks, according to a report from Peter Kafka. An ex-AOLer speculates about the timing and says we should expect more departures:

Forbes on Groupon: “Whither Groupon And Merchants’ Appetite For Daily Deals?” Despite differing opinions about the long-term prospects for its business model, Groupon has made a ton of money for its early financial backers. So whom do they have to thank for their newly found largess? Not the kind of people one might assume would be scouring their emails for daily deals ranging from cut-rate hamburgers to bargain Botox.

Wasn’t Microsoft once known as the “Evil Empire?” Yet between its bloggers, the XBOX and The Bill and Melinda Gates Foundation, it somehow managed to break free of that yolk and (re)achieve a reasonable modicum of respectability.

Any lessons to be learned here?